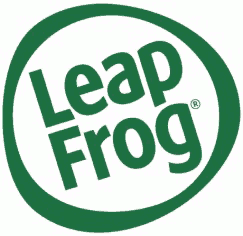 Toy industry analyst, Gerrick Johnson, is one of the sharpest guys I know.  So when I saw that he had interviewed John Barbour, CEO of Leapfrog, for his BMO Capital Toy Scout Report, I called him to see if I could share it with all of the Global Toy News readers.  Gerrick graciously complied.

Mr. Barbour opened our meeting with a question to us. He asked, simply, “What are we? What is LeapFrog?”

Mr. Barbour, known to all in the toy industry as “JB,” is an avid boater and believes it is important to chart a course before setting sail, and the course for LF begins by defining what the company is about. His answer: “We are an educational entertainment company.

But before going deeper into the long-term strategy, JB discussed tactical issues that needed to be addressed to set a framework for improvement. After all, execution lapses have bedeviled the company going back to the heady days of the original LeapPad when the stock was over $40 per share. “We have a great brand, we just need to fix the business,” said Mr. Barbour, who plans to be very detail oriented, “but in a collaborative sense.” This sounds like a prudent course of action.

We asked how one goes about changing a culture, how does one facilitate a company-wide attention to detail. “If the employees know the CEO is focused on the details, they will be too.” As an outsider, we think Mr. Barbour has an advantage in seeing the obvious that people inside the organization may have missed. “We can’t be afraid to ask the stupid questions. I’m going to be asking a lot of them.”

The first issue Barbour sees as being an area of improvement is greater clarity in communication. For example, he feels LF needs to do a better job communicating what its products do. “We don’t do that very well right now, particularly in the packaging.”

Mr. Barbour grabbed a Tag Reading System box and pointed out that the box says that it is new, that there is an activity book included, and that it requires two double-A batteries. “But does it convey what the product really does?” he asks. “How come we aren’t communicating the magic inside each package? I look at the front of the box, and I don’t see that message anywhere.”

Mr. Barbour pointed out that LF products get great user scores on Amazon and toysrus.com. “The comments posted online are great, the viral marketing we get is excellent; we do well with it. But why are we not communicating the great things parents say about our products better? Why aren’t there testimonials on our packages? Why isn’t Tina from Arkansas talking about how our product has impacted her child’s life on the back of our box?” he asks.

Mr. Barbour moved on to the individual Tag book. “Hey, it’s an expensive book. It’s $15. If you look at the packaging, you have no idea that there is a pen reader available that brings the book to life. If you don’t know that, then it’s just an expensive book.”

Mr. Barbour also discussed the need to better communicate the value of the company’s products and how they work together. “We need to sell the curricula, sell software that work together,” he says. He referenced the trading card business, “each set has a series, kids know what comes next in the series and they buy it. We need to do the same thing with our software. Right now we are selling these things one-off.”

The Learning Path, initiated in 2008, is part of that solution, but designing products to work together and clearly communicating that they do is another step in selling multiple units, he explains. “We can better use the learning path in other ways, too,” Mr. Barbour adds. “We can

The Tag Reading System box does little to convey the magic inside, says CEO John Barbour. Source: toysrus.com BMO Capital Markets LeapFrog Page 4 May 18, 2011 do more. We have their attention – we can be a resource for moms. We can make recommendations for educational entertainment; we can profit from that.”

Mr. Barbour appeared optimistic about this year’s marquee learning platform called the LeapPad Explorer, a $99 tablet for kids with much of the same functionality kids love about playing with iPads, but housed in kid-friendly and kid-tough housing.

Mr. Barbour also recognizes the threats and opportunities that come from third-party platforms like the iPhone, iPad, or Android. “We need to be as dominant a player in the iPad market as we are in this stuff,” said Mr. Barbour waving his hand at a table full of LeapFrog-branded hardware.

When we raised a common investor concern that the iPad and iPhone are “eating LeapFrog’s lunch,” Mr. Barbour replied with his own metaphor, “We still think of our platforms as the main course in children’s educational entertainment; we see the third party apps as entertainment snacks. And at some point mom is going to want her iPhone back,” said Mr. Barbour.

Barbour felt that the company could have about 15 different apps for the iPad/iPhone next year, which is a vast improvement from the one app out currently. This should help the company capture incremental “snack” business while also continuing to build the brand. However, its own proprietary systems would still be the “main course” and main focus.

While investor focus is generally centered on the company’s proprietary hardware/software platforms and (current lack of) third-party software applications, we think the standalone educational toy business is often overlooked. We believe this segment of the business, which represents about one-third of the company’s sales, has significant potential for profitable expansion, especially given the goodwill carried by the LeapFrog brand. Yet, we have been disappointed in the past at the company’s very conservative new product rollout. “The toys are our first handshake with the customer,” says Mr. Barbour, reemphasizing the importance of this business, “we can be a lot more innovative and exciting on this side of the business.”

There is a very vibrant inventor community in the toy industry, and many top-selling products from other toy companies are developed from ideas and prototypes sold by inventors. Mr. Barbour sounded as though he was surprised when he found out that LF has always been very focused on developing these products in-house. “We are going to be using more outside inventors. We can incorporate a lot of their ideas, ways to use new technology. We have a lot of great things that will be coming out in the next 18 months on the toy side.”

Mr. Barbour has always been regarded as a great “product guy” by his toy industry peers. And we saw, firsthand, the ideation process at work. As an educational entertainment company, Barbour sees endless possibilities, “How about a $200 curricula pack – full of stuff- for grandparents? They’d buy that. Why can’t we be in videos, DVDs, online? Why can’t we sell “on the road packs” to parents to keep their kids entertained while in the car: an educational video, a Leapster license plate game? How about MMOG games? What about TV? I mean, what’s the difference between us and Sesame Street?” BMO Capital Markets LeapFrog Page 5 May 18, 2011

For an investor, we think Mr. Barbour’s closing comments were particularly encouraging. “I have a lot of confidence in this business and what this company can achieve. That’s why I bought 50,000 shares of stock,” says Barbour, referring to a March 10 purchase shortly after taking the CEO position (at $4.42 for a cost of $220,000). He told the story of a colleague who commented that it was a great way to make a statement. “Hey,” JB replies, “I can think of cheaper ways to make a statement. I want to make some money!”