Direct Response Television is one of those phenomenon that are an unavoidable part of modern life for anyone who watches television.  Yet, few of us know much about the nuts and bolts of actually preparing and running one not to mention whether it is something that makes sense for our products.  That is why I asked Robert Yusim, a 22 year veteran of the DRTV industry, to write a blog about it. 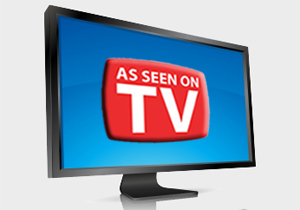 Direct Response Television (DRTV) and infomercials have become a significant if not ubiquitous part of the media and consumer landscape in North America over the past 25 years. In the past, DRTV was often associated with cheap, problem solving products in the home, health and beauty, fitness and hardware categories. There had been practically no DRTV activity in the toy category.

That all change in 2006 with the launch of 5 toy DRTV campaigns -  Floam, Rocket Fishing Rod, Moon Sand, Storm Launcher and Reflex Heli. All were fantastic successes. But these products were not classic DR problem solving products… how could they be successful?

While Successful DRTV products are often problem solvers they are also innovations. Moon Sand, Rocket Fishing Rod, Storm Launcher and Reflex Heli all fell into the innovation category.  DRTV's longer format allowed for all the features and benefits of each product to be promoted. Floam had been around previously but its features and benefits had never been demonstrated and promoted.

While some have looked down at DRTV production values, we all now know that DRTV has been a tremendous success and a catalyst for growth at retail. So, why is it so successful? Let's consider 4 ideas:

2) And… that longer format media is at rates significantly lower than traditional media rates?

3) And… that media could generate direct revenues to offset the media cost and possibly generate a profit?

4) And…. that media could provide very significant retail velocity and uplift?

That is the DRTV formula. When implemented properly, it is the catalyst for a holistic strategy to generate velocity at retail.

DRTV is a very complicated business. There are a large number of moving parts that must synchronize. The strategy must be implemented in a particular way or it will not be successful.

In the coming weeks, I will introduce a number of topics in the DRTV channel relating to the toy industry. If you have any questions feel free to contact me directly by phone – 204 977 6102 or by email to: ry@productcounsel.com