The right fragrance associated with your toy store or toy department can cause more people to make purchases and can build the brand identity of your store or department. Of all our ways of sensing the world, smell is the one connected most directly to the brain, and the part of the brain it’s connected to—the amygdala—handles the emotional aspects associated with buying decisions. As a result, smell has a compelling subconscious influence. 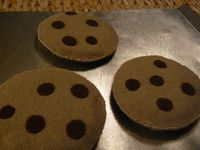 Based on their findings, researchers at Concordia University point out how smells affect our product attitudes and purchase intentions. Smell and music can work together to pace the shopper: Grapefruit and fast-tempo music get the consumer to move more quickly through the merchandise, while lavender and slow-tempo music get people to linger longer. Any sort of distinctive odor—including smells the person finds to be unpleasant—will strengthen memories of the visit to store.

Now don't get me wrong. Smell's not enough to close the sale all by itself. Even the best perfume has to be backed up with the goods in order to move a relationship forward. But smell does set the groundwork. And it’s not only with smells we think of as alluring. For instance, researchers find that sales of cleaning products go up significantly when a faint fragrance of Formula 409 wafts through the area.

The key word in that last sentence is faint. Make the odor of cleaning liquid, perfume, or even cookies too strong, and customer might faint. And then there are the smells in a store that at any strength will repel shoppers. How about the air around a dirty restroom as the adult toy shopper has the precious children in tow?

The challenge is that you could pick any fragrance and at least a few consumers would find it irritating. Lots of people love to stop to smell the roses, but lots of other people would start sneezing nonstop. Younger shoppers tend to be more sensitive to odors than their older counterparts and to be less adventurous in their preferences. Since toy marketing does lean toward a younger demographic, you won’t want fragrances that chase them away. At the same time, since it’s the somewhat older folks who will be laying down the cash, check, or credit card, you’ll want to appeal to them, too.