Mattel is into mind control. If all goes according to schedule, next August will see the release of Mindflex Duel, in which each player, wearing a headset that detects brainwaves, navigates the game ball through an obstacle course. 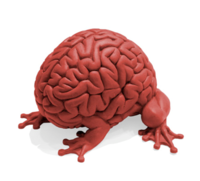 The art and science of selling Mindflex Duel and other toys might also be increasingly benefitting from brain science. Brain surgery that’s invasive only in a psychological sense. Researchers from Princeton University found that when communication between two people is at its best, the brain waves of the two people actually come to have similarities. Along with this, the listener—such as the retail salesperson—begins to anticipate where the speaker—the prospective customer—is going next in their thoughts, and can therefore better influence those thoughts.

The enhanced understanding of the shopper boosts your powers in guiding the shopper’s purchase decisions. It works best with customers you already know, and there are significant differences among salespeople in the ability to do this sort of mindreading. But the research findings do suggest ways to get better at it:

Beyond all this, there are the peeks inside the brain involved in marketing campaigns. Here, the science turns out to be less well-developed. The impetus for the peeks was the compelling evidence for marketers that what people say they’ll do and what they actually do often don’t match. Consumers’ reasoning below the level of consciousness influences buying decisions. We can learn more about those subconscious processes by using brain scan technologies like Functional Magnetic Resonance Imaging (fMRI) and Steady-State Typography (SST).

However, the fMRI and SST technologies used in many of these projects give only a partial view of shopper psychology. In his cleverly-titled book Buyology, marketing consultant Martin Lindstrom describes many profitable insights about why we buy—insights achieved via brain scans. But if you read the text beyond the claims on the book jacket, you see that Mr. Lindstrom validates his conclusions with more meaningful measures, such as sales figures.

Our brains are extraordinarily complex, with overlapping functions and individual differences. Moreover, the brain scan technologies are imperfect. According to The New Yorker, a postdoctoral fellow in neurological sciences at University of California-Santa Barbara a while back performed fMRI measurements as part of a brain study to show the limitations of the methodology. The readings gave evidence of activity in a region of the brain associated with empathy. Almost surely a false reading, though. See, the brain was of a salmon. A dead salmon.