A post by Mary earlier this month, “Is Toy/Game Innovation Declining?,” generated comments from Global Toy News readers about the reluctance of retailers to carry truly innovative toys and games. As a retailing consultant, I recognize how often retailers are, in fact, reluctant to venture into the unknown, especially in this challenging economic environment. 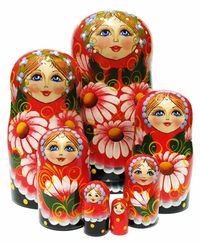 At the same time, as a consumer psychologist, I’m thinking about what research says about easing retailers’ reluctance. Two influential tools are the metaphor and the simile. The truly innovative product has a high chance of being the truly unfamiliar. The retailer is saying to the toy or game inventor or marketer, “Please tell me what your toy or game is like that I’m familiar with. I’m saying I am reluctant to take on the unknown. You might assume I mean by ‘unknown’ that I don’t know how well this toy or game will sell. Yes, that’s a major part of it. But by ‘unknown’ I also mean that I don’t know for sure what you’re talking about.”

Is this board game like the comfortable classic game of checkers? Does this toy carry the excitement of a WII along with the portability of an iPhone?

Research findings from Ohio State University indicate that different emphases in the metaphor or simile will appeal to different sorts of retailers. Listen to the retailer to sense which mindset you’re dealing with, and then sculpt the comparison to fit.

Toys and games often serve the consumer as metaphors for larger-stake life experiences. Therefore, I feel safe in assuming that for you as toy or game designers or marketers, talking in metaphors and similes is a piece of cake.