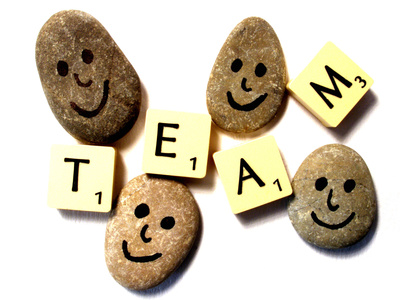 I have a picture near my desk of a boy about 7 years old. He is sitting in front of a checkerboard and he is sobbing big, gulping, wet tears. He’s just lost a game of checkers. It breaks my heart every time I look at it. It makes me realize that competitive games aren’t always fun. As the saying goes, it’s all fun and games, until somebody cries.

But what if it could be all fun and games and nobody cried? It was a question that interested me – as a game player and as a game publisher. Was there a game that challenged players, but where tears weren’t part of the end game?

The answer, I discovered, is cooperative games. These are games where not only does a loser not cry, but to take it one step further, the game structure is such that players must work together in order to win. Players aren’t pitted against each other, but play together against a common obstacle. Either the game wins or all of the players do.

In Peaceable Kingdom’s cooperative games for kids the object is to do something BEFORE something else happens. Find the lost puppies and return them to their homes BEFORE night falls. Uncover all of the soup ingredient matches BEFORE the cooking fire goes out. Move the mermaids to Mermaid Island BEFORE the Sea Witch gets there and takes it for herself. In this way, players are focused on winning against the game. The challenge in a cooperative game is not “what can I do so I win,” but “what can I do so we ALL win!”

Unlike competitive games, cooperative games organically create a feeling of community among the players. Kids learn to work and play together in respectful and compassionate ways. They learn to share, make decisions together, and trust one another. Cooperative games create non-stressful play situations that actually build self esteem and help shape a child’s emotional development by offering contexts for a child to be both a leader and a follower, and sometimes even a peacemaker. Best of all, cooperative games are fun!

I have played our cooperative games countless times with dozens of kids. Never once did a child cry or even pout. If the players lost, more often than not, they simply and cheerily said, “Let’s play again!” We’ve seen older kids help younger kids without taking over. We’ve seen 7-year-olds spend minutes discussing their options and then voting on the final decision. We’ve heard stories from parents who told us of their children who refused to play board games because their fear of losing made them too anxious to enjoy the games and how playing cooperatively changed their child’s attitude about playing games.

Cooperating is a learned skill. It takes practice and patience and intention. But once learned it can become habit. That is our goal with these games – to help young kids internalize a habit of cooperation so that as they grow, cooperation and all the positive attributes cooperative games teach become second nature. And tears over board games become a thing of the past.