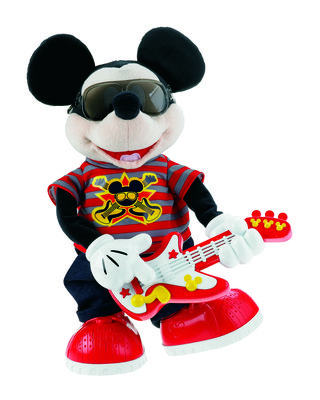 Engaging, unique, interactive and just plain fun were just some of the adjectives toymakers mentioned when describing "a great toy" to me as I strolled the aisles, showrooms and booths at Toy Fair.

With those conversations in mind, I rewound the show in my head (okay, I really reviewed my notes) thinking back to those toys that stood out among the others.

There were many "great" ones out there, and while I wasn't able to visit each company, I did see some really cool products headed to shelves for spring and fall.

Hot Wheels Wall Tracks from Mattel was a real favorite as it puts an entirely new spin on a traditional play pattern. The track is easily adhered (using Command Strips from 3M) to the wall using a template and gives kids a fun new way to enjoy track play. It's also a unique way to decorate the wall (no more stepping on those darn tracks).

Technological twists and turns were around every corner with companies like Hasbro bringing innovation to classic board games with LIVE, an interactive and immersive experience that brings games like Monopoly and Battleship to life in unexpected and unique ways. The centerpiece is Motion Vision Play technology, which brings games to life through an electronic tower in the middle of a specially-designed game board.

Yes, we've been tickled by many interactive toys, but Rock Star Mickey from Fisher-Price and Disney really hit a cord with me (forgive the pun). This rock star jams to songs including “You Really Got Me” and sings with head bobs, kick-steps and finishes with his signature move, the mouska-split, where he plays the guitar with his nose.

Tweens and teens are going to love Light Strike which brings video games like Halo off the flat screen and into the real world. Each fully customizable "shooter" includes interactive lights and sound effects. Kids can play by themselves, one-on-one or in teams. Accessories such as targets, body vests and scopes are sold separately. Finally, trading cards will get a much needed boost thanks to the entry of SpinMaster with Redakai. Billed as the "first ever 3D animated card game" the lenticular card game will include a toy line as well as a TV series due to air on Cartoon Network in July.

This is just a small sampling of all the "great" toys out there. Did I leave yours out? Let me know!