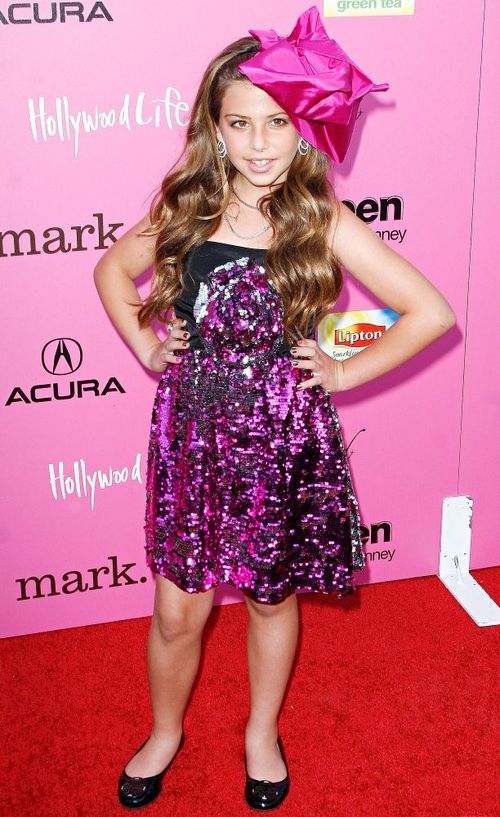 If you want to get a feeling for the 21st Century child,” read an article entitled “The Kiddie Couturiers.”  Published by the New York Times and written by Eric Wilson, it talks about a strange phenomenon taking place in which children, one as young as ten, are creating their own fashion lines.

Take Cecilia Cassini (pictured above) as an example:

One of the most successful, Cecilia Cassini, an 11-year-old from Encino, Calif., is marketed on her e-commerce site as the “world’s youngest fashion designer” and a “kiddie couturier.” Her trademark is a large silk bow she often wears in her hair or attaches to the front of a party frock. She has appeared on the “Today” show, making a custom dress for Jenna Bush Hager, and, according to her father, has sold close to 500 designs since she started her business, back when she was 10.

And then there is Madison Waldrop:

Last week, as hundreds of established fashion designers were presenting their fall collections in New York, Madison Waldrop, 13, was just getting started on hers. She … is developing a dress collection called Designs by Malyse, specializing in evening and bridal gowns. She hopes to introduce a full line to buyers in October, at the WeddingChannel Couture Show. The fact that she is still in the eighth grade is not likely to stop her.

The challenge for the toy industry is to constantly be updating its notion of how and why children play.  The fact that modern technology makes it possible for children to fully develop, express and monetize what at one time would have been considered play means that the notion of what constitutes a toy needs to be rethought.

What is a toy; what is work; where is the line?  Whoever figures that out will be ahead of the game.