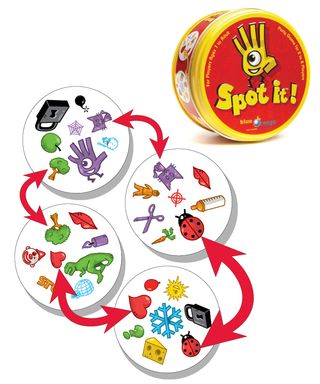 One could say that Julien Mayot, co-founder and ceo of Blue Orange Games, has drive.

So much drive, in fact, that he launched the company a decade ago with a 91-day road trip in a beat up Jeep Cherokee that took him 21,000 miles through 42 straight states. He never took the same road twice as he visited 600 toy stores and sold 10,000 of its first game called Gobblet.

No cruise control here as he and his sales team of seven still travel six to nine months and log around 200,000 miles a year. While away from their San Francisco headquarters, they speak to 1,200 to 1,400 retailers and consumers alike and often turn ideas culled from those conversations into new games.

Its portfolio of nearly 30 games (eight new ones this year) have a decidedly European flavor, a strategy he and co-founder and game designer, Thierry Denoual take great pride in.

The pair are also proud of their mission to produce durable games that "do not end up in the garbage," said Mayot. "We use solid materials such as resin, tin and wood. Every game has a lid (to avoid losing parts) or a pouch to keep pieces all together."

All of its games include directions printed on the game box itself so consumers are always ready to play. In addition, all of its cardboard boxes are made of recycled cardboard; two trees are planted for every tree used in game construction. Non-petroleum based plastic are used for most of its plastic pieces (mostly a resin called urea).

Design is as important as the product itself with creating "great products in beautiful packaging" a goal Mayot felt was accomplished when looking around his highly-stylized booth at Toy Fair.

From its very first game, Gobblet (over one million sold to date) to 2010’s Sumoku!, the company has consistently earned awards and recognition from Dr. Toy, Parents’ Choice Foundation, and other organizations. Its most recent award was a TOTY nomination for Spot It!, a fast-paced fun party game where players must match symbols between any two cards.

It's no surprise that the company drew inspiration for its name from a poem by surrealist Paul Eluard "The World Is Blue As An Orange," as Blue Orange Games is sitting on top of the world right now poised to embrace the many possibilities that it holds.