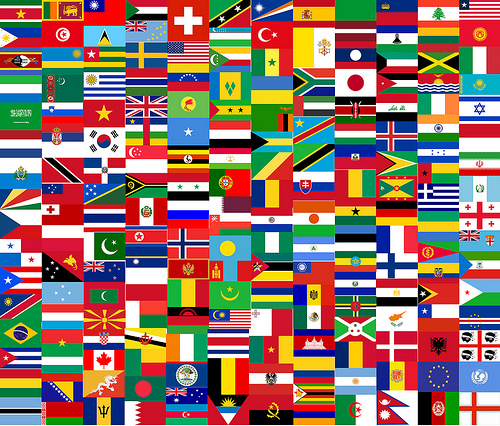 It has now been one week since Toy Fair officially ended.  That time has afforded me an opportunity to reflect on what I learned over the course of a toy trade show experience that lasted from January 6 through February 17; that spanned 3 continents and brought me into contact with well over a million unique toys and tens of thousands of people.

Over the course of my journey, I had an opportunity to speak to knowledgeable people from all over the world.  I also had a chance to see, on the ground, what business face toy industries are showing to the world.  Here is some of what I learned about the rest of the world:

Where was Viet Nam?

For the last year, I and others have been touting Viet Nam as the world’s next major toy producing country.  Well, maybe not so fast.

Conversations with knowledgeable toy industry people over the last five weeks now lead me to believe that this notion may be a bit premature.  Simply put, the infrastructure and sophistication needed is simply not yet there.

Bottom line, we would all benefit from Viet Nam sending representatives of its manufacturing sector to speak on their country’s current status as a source for toy production.  It would allow us all to better determine the role they will play and when they will play it.  Until we have that information, Viet Nam will remain a question mark as a major source for toy production.

I spoke with a number of toy industry leaders about India’s readiness to become an exporter of toys.   I was told that the lack of good roads and inconsistent electricity available to factories continues to make India problematic as a source for toy production.  This is unfortunate because, on paper, India has the population and respect for education that could make for another China.  It appears, however, that due to the infrastructure challenges, India will continue to be a global source of services rather than manufacturing.

Turkey is ready but do they know it?

I have been hearing some great things about Turkey for much of the last year.  I am told that quality is good and that, due to a combination of lower (not lowest) labor costs and moderate automation, they have become an excellent source of toys.  My own observations of the products made in Turkey that I saw at the Nuremberg show bore this out.

I was therefore surprised, and disappointed, when I spoke with Turkish manufacturers.  Though they are producing beautiful products; they do not appear to be thinking globally.  I asked several manufacturers at the Nuremberg show if they were doing OEM production.  Their response was no, they were only producing their own products.

Turkey is a certainly a powerhouse in the making.  It appears to me, however, that their businesspeople have not fully grasped the role they can play in the world.  We would all benefit from a Turkish toy manufacturing community that is more expansive in considering its potential role in global toy manufacturing.

Eastern Europe is getting strong

I have been hearing very good things about Eastern Europe as both a consuming and producing region.  There are still effects from the recession but these countries appear to be getting back on their feet.  Those with whom I spoke are anticipating strong orders out of the region.

It appears to me that this area of the world is going to grow increasingly stronger as a market and producer of toys.  Their proximity to the strong markets in Western Europe and their increasing prosperity should make them a region to watch.

Russia, along with Poland, is impressive markets for toys.  Those I spoke with who are selling toys to Russian retailers and distributors were robust in their enthusiasm for this market.  Detsky Mir, the Russian toy chain, has over 150 stores and buys in quantity.  The secret, according to those who know, is to have the right distributors in place.  If you do, it is a strong market.

I was impressed with Thailand’s presence at the Nuremberg Toy Fair.  They brought a large number of exhibitors and the Thailand Toy Industry Association was there as well.  Thai manufacturers I spoke with appeared very sophisticated (particularly in the production of wood products) and took pride in maintaining ethical positions on ecology and in some cases worker rights.  Thailand is far further along than I had expected.