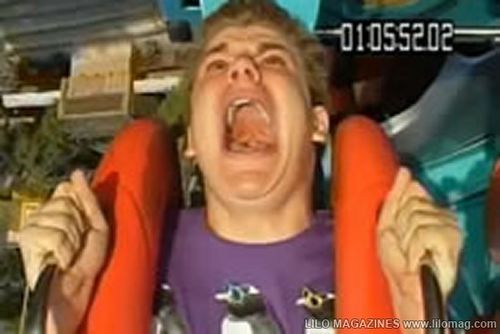 Wal-Mart is on a scary ride.  It was announced today that Wal-Mart’s sales were off for the seventh quarter in a row.  That is almost two years of decline which is long enough, at least to me, for it to look more like a long-term trend than an aberration.

Those of us who have been used to seeing Wal-Mart dominate the arena are a bit perplexed to say the least.  So, let me address three core questions:  Why is this happening; where are the shoppers going and how long is it going to last?

Why is this happening?

The common wisdom is that Wal-Mart, in its efforts to cut costs, removed too many “minor” brands from its shelves.  The action backfired as those “minor” brands had some very loyal followers.  It appears that consumers followed them out of Wal-Mart’s front door and into the competition’s.

Where are the customers going?

One Wal-Mart spokesman said they were going to dollar and convenience stores.  Their view was that low income shoppers cannot afford the large sizes that Wal-Mart features.

That may be where some are going but here is what I think:  I think they are losing consumers to aggressive on line retailers like Amazon (who had a very strong finish to the year) and EBay.

How long is it going to last?

I think the decline is going to continue for a very long time.  Why, because it is structural.  There is simply more at work here than Wal-Mart’s decision to cut out brands.

Think about it.  Wal-Mart's business model is based on a drive in shopper.  The problem is that this new generation of shoppers is increasingly favoring the Internet as their place to shop.  Their time spent on line is steadily going up as their time in their cars is steadily going down.

Bottom line, I don’t think Wal-Mart can fix this one so easily.