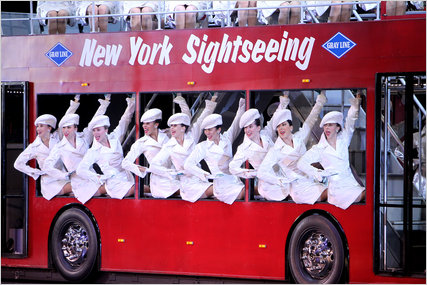 This year’s New York Toy Fair was a good one. It was well managed with a TOTY Awards evening and trade show that moved smoothly and quickly when it needed to be.  Congratulations to Carter Keithley, Marian Bossard, Stacy Leistner and the rest of the TIA staff.  Well done!

What was missing, at least for me, was a sense that this was a show taking place in New York.  Once in Javits, I felt that I could have been in any large venue anywhere in the country.  New York is a tremendous asset for Toy Fair so where were the "Rockettes", where were the FAO Schwarz Royal Guards, where was the cast of “Jersey Boys?”  In other words, where were the elements that make a New York show memorable for being…well…in New York.

That concern aside, the TIA is to also to be commended for increased international attendance this year thanks to its efforts with the U.S. Commerce Department.  In addition, attendance overall was up as was attendance by mainstream press.

I stand by my earlier statement that the animal spirits on the floor were not as high as they were in Nuremberg or Hong Kong.  In fact, some of the exhibitors I spoke with felt that foreign buyers at the show were more aggressive in their purchasing than their North American brothers and sisters.  This more aggressive outlook seems to be a carryover from what I saw at the Nuremberg show.

As I was leaving Toy Fair on the final day it suddenly struck me how much I loved this industry and the people in it.  The folks I saw at the various parties I attended; in the aisles I walked; in the audiences to which I spoke as well as in the coffee lines, dining tables and the restaurants I visited; were hopeful, creative, warm and robust.  Thank you to each and everyone of you because ultimately you are the ones who make Toy Fair and this industry what it is.