First, I'd like to start with an apology. Unfortunately, due to 'circumstances beyond my control' (that old chestnut) I have been on something of an extended hiatus as far as this blog is concerned. Thankfully my 'sabbatical' is now over and I am pleased to be return with a few observations on last week's very successful UK Toy Fair.

I don't know if the phrase translates to the other side of the Atlantic, but as far as the Toy Fair is concerned, 'location, location, location' is the main factor behind its resurgence. Two short years ago the 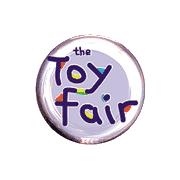 show was in a bit of a downward spiral, exacerbated by being held at ExCel, a venue which was not especially popular with either exhibitors or visitors. Thankfully, following the show's return to its 'spiritual home' Olympia, visitor and exhibitor numbers have increased significantly, and critically, the 'buzz' is well and truly back. I spent an incredibly productive (and rather intense!) 3 days at the show, and the vast majority of people I spoke to were delighted with how it went.

Full disclosure – I have always been of the belief that the UK needs a dedicated, domestic Toy Fair. This is not to denigrate any of the major International Toy Shows, which continue to be highly successful in their own right. Nuremberg – which has become the 'de facto' show for the majority of European countries, including a number such as Spain, Italy and France which used to have their own meaningful domestic shows – provides a great opportunity to meet with a broad audience of toy professionals, whilst Hong Kong's pivotal role in the global toy pantheon seems assured for the forseeable future. But the UK Toy Fair allows suppliers to show their new lines to members of the UK toy community who – for whatever reason – aren't able to visit the overseas shows.

As far as business in the UK is concerned, 2011 is the kind of year which – in the words of a good friend of mine – "could go one of two ways." Those who fall into the 'glass half empty' category will point to the potential impact of the austerity measures currently being implemented by the new government; a rise in VAT, major cuts to public spending (which are in turn expected to lead to significant job losses in the public sector) and steep increases in the cost of domestic essentials such as petrol, food and heating, all of which is expected to result in a reduction in the amount of disposable income available to families.

Eternal optimists will cite continuing low interest rates, and take comfort from the fact that the toy market remains one of the more 'recession resistant' retail sectors.

Either way, if – like me – you subscribe to the view that a good toy will always sell, regardless of the prevailing economic conditions, then there are plenty of companies who can be confident that 2011 will continue to see an improvement in their fortunes. I have seen numerous exciting new lines in Hong Kong and London, and no doubt there are many more to be unveiled in Nuremberg and New York.

Some final random observations about 21st century business to provoke thought / debate: online trading in the UK continues to grow apace, with some major suppliers now saying that their business with Amazon has overtaken Toys R Us. And the power of social media / blogging was brought home to me by the response to my blogs from Hong Kong: I have worked in trade media for over 30 years, and I have never received so much feedback to anything I've ever done before. It has certainly given me a lot to think about for the future. Maybe Richard is onto something here?!