Each year at this time, there is an irrepressible urge to hum or sing holiday songs.  It is useless to resist.  This year, one song in particular has looped over and over again in my head, "We are Santa's elves!"  Hmmm, I thought,…we are!  Our jobs are magical, inspiring, fun, and rewarding.  Whether you concept, design, manufacture, or sell toys you are contributing to filling "Santa's shelves".  And, this is the time of year we elves have the privilege of observing, on a mass scale, the joy and smiles our hard work brings to children around the world. 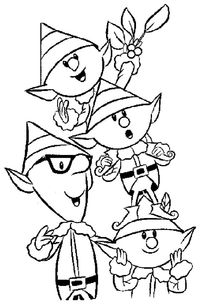 As the song continued to loop in my head, I reflected on my motivation for pursuing a career in toys.  I discovered I had actually been a toy and game designer since the first grade; toy design had chosen me.  I recall my first grade teacher challenging the entire class to "be good".  If we were "good" and did our best in school, she explained, she would give the winner of the challenge a special toy.  I remember working diligently to do everything just right.  Listening intently in class, helping my teacher whenever possible, and being really, really good.

Well, the big day came and my teacher announced the winner.  I was certain it would be me.  I had done everything just right.  But, I was not chosen.  I was heartbroken, devastated.  My teacher had awarded the special toy to another child in the class, one whose family was less fortunate.  Of course I understood her reasons, but all I could remember feeling was utter disappointment.  I loved toys and I had worked so hard to win.

I now realize how much that disappointment motivated me and helped me on the path to doing what I love.  Throughout my early childhood I began to experiment with making and modifying toys and games as well as writing.  I submitted my ideas to companies and each time I received a rejection letter, the company was good about encouraging me to continue "trying".  As a preteen, I received a rejection letter from writer/producer Larry Gelbart after sending him a television script I had written.  He commended me on my writing efforts, encouraged me to continue, and then followed up with a second, hand-written letter.  Product companies thanked me for my submissions and said they would be happy to review more ideas in the future.  I remember feeling a sense of hope and encouragement. 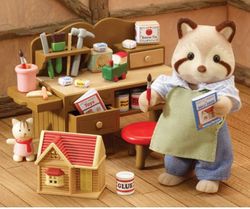 Whether my ideas were accepted or rejected during my childhood was not really the point, in retrospect.  Having someone within the industry encourage me to "keep trying" is what mattered most.  It is our responsibility as members of the toy industry to do the same.  Mary Couzin, Bruce Lund, and Richard Gottleib have all written articles recently on the importance of encouraging young inventors.

So, this holiday season, while you are enjoying the company of children, share some words of encouragement.  Encourage kids to tinker, to create, to think, and to pursue their interests.  Who knows, maybe someday they will become one of Santa's elves.  And why not?  It is one of the best jobs this side of the North Pole!