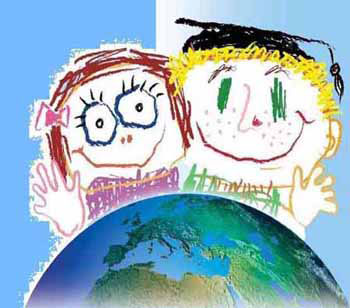 In my last posting I wrote about my participation the “The Second Symposium on Gender in Media” put on by the Geena Davis Institute on Gender in Media.  In that conference, I learned about the surprising lack of females in vital leadership and creative positions and the impact that it has on what projects are green lighted and how stories are told.

One of the reasons cited for the lack of females in speaking roles and the lack of big box office movies aimed at females is that girls will see a movie aimed boys but boys will not attend a movie directed at girls.  I laughed out loud when I heard that as it is the same reason the toy industry gives for the lack of girls on gender neutral packaging.

Why this similarity in outlook.  Here is a clue:

Only seven percent of directors, 13 percent of writers and 20 percent of producers are female…The Institute’s research proves that female involvement in the creative process is imperative for creating gender balance before production even begins…[W]hen even one woman writer works on a film, there is a 10.4% difference in screen time for female characters.  Sadly, men outnumber women in key production roles by nearly 5 to 1.

Geena Davis told a great story about how in the making of Stuart Little, she noticed that in the remote control boat scene, the assistant director was only giving boys the steering devices.  Girls were told to just look on.  She suggested that he also give controllers to the girls and the director looked shocked that it had never occurred to him.

I found it reminiscent of constant the lack of active girls on the covers of science toy boxes and the depiction of boys driving girls (never girls driving boys) in toy ride-on car ads.

I would love to see statistic on the percentage of female inventors, designers, packagers and senior management in the toy industry.  Exactly what impact does gender play behind the scenes in determining which toys get made, how they are packaged, marketed and merchandised.  Perhaps some foundation would like to provide funding and some graduate student would love a great dissertation topic.

If you know of any available data on gender and toy industry employment or a foundation that would like to fund a study, please let us know.