Mascot toys grab attention and so can then grab profits. A successful mascot design is marketable in a variety of forms that synergistically build sales of each type of item:

A mascot builds an emotional link with the consumer, especially with the young consumer. From a shopper psychology perspective, here are three specifications to select from when designing a mascot toy or selecting which mascot toys and spin-off items are likely to sell well if featured in your retail store: 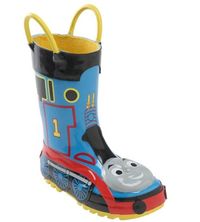 Cute. Sixty years ago, zoologist and animal psychologist Konrad Lorenz pointed out how we’ve an irresistible draw to cuteness as part of the evolutionary drive to care for infants. More recently, researchers at Emory University have refined Prof. Lorenz’s conclusions. These psychologists discovered that certain cuteness cues set off activity in our brain regions associated with pleasure. It’ll happen with baby seals, pandas, and puppies, and with mascots that look like baby seals, pandas, and puppies. Cuteness cues include a large head relative to the size and shape of the body, plus eyes and ears facing straight ahead. For bonus cuteness, make the head round and wobbly.

Sociable. Wide eyes, big ears, and a button nose aren’t only for cuteness. Researchers at Universidade Católica Portuguesa and Instituto Superior de Ciências do Trabalho e da Empresa speculate that features like these subconsciously suggest that the mascot can see, hear, and otherwise sense us, like a friend. Still, we might be looking for a friend who takes it all in and doesn’t talk back. What I’m thinking about is how Hello Kitty, who certainly qualifies as a successful mascot with appearances on more than 20,000 products, has no mouth! Aspirational. Figuring one sign of sociability is group membership, you might think about designing a family of toys based on mascots for National Football League teams, for instance. But wait. The Carolina Panthers and Detroit Lions mascots seem to meet the criteria for cuteness from the neck up. However, Billy from the Buffalo Bills and Blitz from the Seattle Seahawks both look intent on absolute domination. The message: Another approach to mascots is to project what shoppers aspire to be. With aspirational-based mascots, regular updating is particularly important. While the cues for cuteness and sociability remain stable over the years, researchers at Concordia University and University of Wisconsin-Madison confirm that what people aim to be and the signals they use to project their aims change over time.

Nur Diker, toy & game designer for Ulkutay Design Group in Istanbul, Turkey and pictured above, contributed substantially to this post.