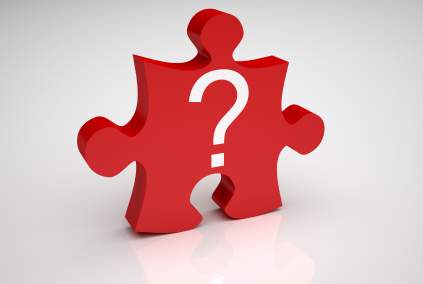 On Tuesday, December 7, 2010 the New York Times featured an entire section dedicated to puzzles of all kinds.  The issue had articles on the history of, the science of and the art of puzzles.  There were also, notably, an article on jigsaw puzzles.

The piece by Jennifer A. Kingson, entitled “Eye for Art and Artistry Amid Jigsaw’s Jumble,” gives us some nice tidbits like “…jigsaws turned into adult playthings, so popular in the 1930s that there were lending libraries of them where the pieces were counted after each puzzle was returned.”

Or how about this surprising piece of information on the skill and value of handmade puzzles by master puzzle makers:  “[John S. Stokes III’s’… largest puzzle was a four-and-a-half-foot triptych of Hieronymus Bosch’s “Garden of Earthly Delights,” with 4,271 pieces. It sold on eBay for $25,100.”

And you thought $4.99 for a boxed puzzle was a lot of money.

Now, as much as I appreciated the section I noted that in the seven pages dedicated to puzzles, there was not a single ad…for…a…puzzle.  There were, however, two ads for other products.  One was for an autobiography of Dick Cavett and the other for the NSPC Neurological Surgery practice.  Based upon these ads, one supposes that the puzzle section was targeted at aging, late night television addicts with spine problems.

I, however, don’t think so.  I just think that The New York Times never thought to approach any of our boxed puzzle companies about running ads at Christmas time.   I suppose a newspaper that does not deem game and puzzle reviews to be of interest to its readers wouldn’t think that there is money to be made in those same industries.

So, here is my message to The New York Times:   You’re having a hard enough time being relevant and making money these days.  Try looking to the toy, game and puzzle industries for ideas and money.  It would be good for them and good for you.