My apologies for not posting for a few weeks.  My mother lost her battle with cancer just before my Chicago events (TAGIE Conference, TAGIE Awards and ChiTAG), and I took time off to work on her estate. 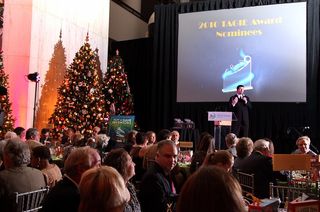 My mother loved to tinker – she made dollhouses, castles, barns and more as gifts for her kids and grandkids. She was great at fixing broken toys as well as at designing and making them from scratch. It was from her that I inherited my love for inventing and an appreciation for those who invent. Since the beginning of ChiTAG, my mom helped in so many ways and she would sit at a table with her sisters, Jo and Virg, checking in teachers and scouts all day long.  Mom loved the idea of honoring inventors at the TAGIE Dinner and she encouraged me when the going  was rough.

We missed her terribly this year.

Mine is not a unique story in our industry. This year at the TAGIE Awards we honored The Jim Henson

Company for Excellence in Character Design, Ellen Hassenfeld Block and Alan Hassenfeld for their Humanitarian Works, and Eddy Goldfarb for his Lifetime Achievement in inventing. Julie Ellman  accepted the In Memoriam award for his late partner, George Lerner, inventor of Mr. Potato Head. All have parents, children or both in the business and they all told family stories. Many of the other nominees came from toy inventing families as well – David Fuhrer (brother Robert and dad Len), Kate Daniels (mother Beth) and Ali Ryan (dad Steve). 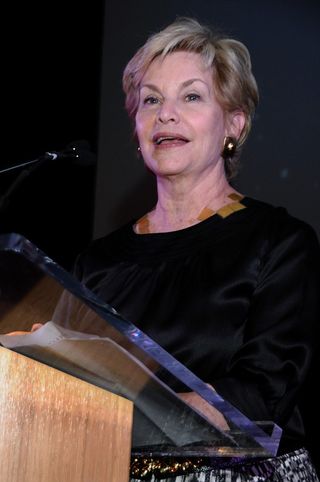 Apart from the Mafia, there is no industry where family connections are  more prevalent. I think the main reason is that we take our work home with us and involve our children in it. Ours are products that our kids want and we use their feedback. We pass our love of the business along to them. In her speech, Ellen told a wonderful story about how her brother Stephen and she found Mr. Potato Head parts in their father’s briefcase and after sticking them into a summer squash thought that THEY had invented Mr. Potato Head. 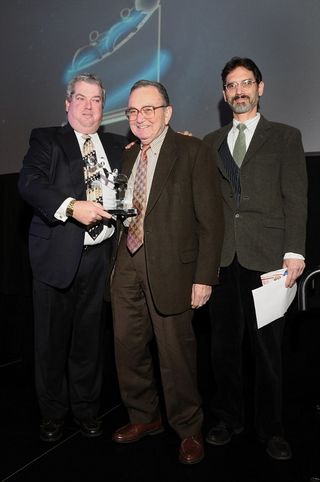 My son, Nick, has worn an Assistant Director badge at ChiTAG since he was 6 years old. He walks around the Fair shaking exhibitor’s hands and playing with their toys and games. This year, as a 14 year old, the highlight for him was meeting Miss Teen Illinois, but he still enjoyed talking with the exhibitors. Some of them tell me they mark the years by how much Nick has grown up. 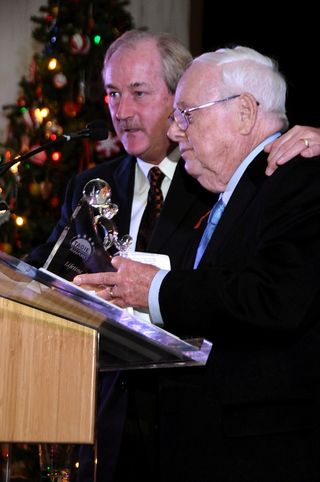 Many of our industry colleagues are like family. So many of our efforts are collaborative and ours is a community that will step up to help and support you when you are in need. I don’t know how I would have gotten through this year without so much help from so many of you. Thank you.