We are all familiar with the intelligence quotient, or the measure of one's intellectual capabilities. There are in fact seven distinct measures of intelligence, including Visual/Spatial, Verbal/Linguistic, Logical/Mathmatical, Musical/Rhythmic and others. 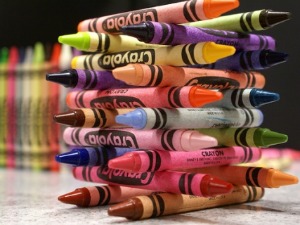 Similarly, there is a measurable Creativity Quotient, and like the IQ, it has been tracked for 50 years to see how it has changed in the population of school-aged children.

For decades the measured Creativity Quotient in children rose regularly, year by year. A good thing indeed. Until 1990, that is. Since then it continues to decline year after year. It has been characterized as a creativity crisis.

Why the decline? While the answer to this question is being studied as I write this, there is speculation that kids are spending more time playing with video games or other similar forms of play, and less time with traditional toys that utilize more traditional play patterns.

A decline in our national level of creativity will not bode well for our ability to compete and thrive in an increasingly competitive world.

Toys and play really do matter to us all.