In my last posting, I challenged our major retailers to provide consumers with a “Great Toy List” rather than a “Hot Toy List.”  I proposed that these lists put too much emphasis on what “sells well” and not enough on what “plays well.”  Retailers could provide a great service to gift givers and receivers by directing parents, grandparents and other gift givers to toys that give a lifetime of pleasure rather than a moment of excitement.

As I wrote it, I began to think about what constitutes a great toy or game.  So much of the joy of play is subjective that I pondered whether it would be possible to objectify the experience.  My conclusion was that though much of a person’s interaction with a toy or game is indeed unique to them; much is also is common to the bulk of the population.

So, with that in mind, here is my list of the qualities of a great toy:

When you speak to someone who had a favorite toy or game, they not only remember the toy but they vividly remember playing with it. Give them some time and they will recount their experiences, alone or with others, around that plaything.  All I can tell you is that I still have a powerful memory of playing spinner hockey and leveling a slap shot that was so accurate and so powerfully hit that it went in the goal like a laser beam.  I love that game, I love that memory; what a great toy.

A great toy or game typically has a sensory experience.  It can be the rattling buzz of an electric football 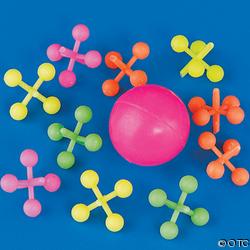 game, the vinyl smell of a doll or the look and feel of a Monopoly piece.  These sensory experiences play a big part in creating the memory trace that stays long after the toy has disappeared.

Great toys provide scalable fun.  What I mean by that is they can have an extended life because they grow with the child or adult.  As the player becomes more physically and / or mentally adept, they bring more value to the toy itself.  In short they get better which means that a great toy should be able to expand its challenge at the same time the player is expanding their skill level.  This can be achieved by offering graduated skill levels or by including more complex rule alternatives.

Great toys last!  They are constructed in such a way that they don’t fall apart with just a few play experiences.  The really great toys get passed down from sibling to sibling and from generation to generation.  Great enough and they will end up on Antiques Roadshow and sell for a small fortune.  Just remember that they got there because they were physically durable and someone could not stand to throw them out.

If you have a moment, let us know what you think are the elements of a great toy.  If we share them, perhaps we can, as a group or individuals, determine which new toys fit those criteria.