When I was earning my doctorate in psychology at Stanford University decades ago, one member of my dissertation committee was Albert Bandura.

Don’t recognize that name? That’s okay with me. How about Bobo Doll? Does that ring a bell? All right, then. I would like you to note, however, that the aftershocks from what Albert Bandura discovered with his Bobo Doll affect you every day you try to sell a toy or a game or an idea for a toy or game.

Prof. Bandura’s Bobo Doll study and studies inspired by his research have been cited often in campaigns to censor the content of games and the characteristics of toys. This week, the United States Supreme Court heard oral arguments as to whether the State of California can restrict the sales of videogames declared to be violent. The case is Schwarzenegger versus Entertainment Merchants Association. Here, Arnold is in the role of governor of California who wants the state to have the ability to restrict sales to minors, not in the role of action hero whose portrayed behavior could itself be seen as violent. 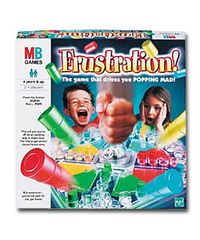 The justices’ questions during the hearing were compelling. Chief Justice Roberts cited scenes from the videogame Postal 2 in which girls are smashed in the face with a shovel and their bodies are burned.

The constitutional issues are also compelling for designers, manufacturers, and retailers of games and toys. When California Supervising Deputy Attorney General Zackery Morazzini said that a jury could determine whether a videogame was legitimately subject to the law, Justice Scalia replied, “I'm not concerned about the jury judging. I'm concerned about the producer of the games who has to know what he has to do in order to comply with the law…. (A) law that has criminal penalties has to be clear. And how is the manufacturer to know whether a particular violent game is covered or not?”

I’m told that the law in most countries other than the U.S. would allow regulation more easily. Australia has banned sales of Postal 2. But questions about the dangers to children of rehearsing violence are universal. Psychology researchers at Emory University and University of Texas-Austin argue that all young children need to be protected from violent media because their incompletely developed frontal lobes impede their ability to distinguish fantasy from reality. At the same time, researchers at University of California-Los Angeles and University of California-Riverside say that watching aggression can actually relax aggressive urges.

Regardless of the U.S. Supreme Court decision, you’ll encounter adults who are concerned about possible adverse effects of your toys and games on our precious children. Based on my reading of the research, I suggest that you distinguish aggressive content from violent content. If your toy or game allows a child to express aggression when frustrated, there is no consistent research evidence that this causes development of violent behavior.

I’m all in favor of childhood pastimes that encourage collaborative problem solving rather than aggressive resolution. But I’m also in favor of legitimate uses of psychological research and in favor of self-censorship over needlessly broad criminal laws.

I wrote this post in consultation with lawyer Lawrence D. Sander.