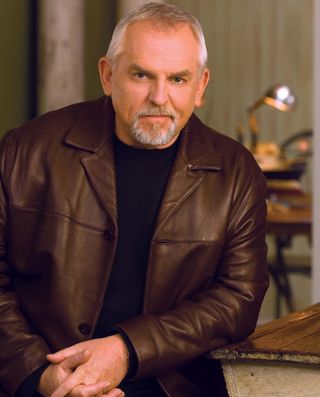 We are very excited that John Ratzenberger will be joining us at the Toy and Game Inventors of the Year Awards on November 19th. He isn't just a beloved actor (Cheers, all Pixar movies, Dancing With the Stars, etc.), he is passionate about inventing and encouraging people to make things. He recently joined the Board of Directors for Foundation for Fair Civil Justice and you probably remember him from Made in America. At the TAGI Awards, he'll be presenting the Young Inventor of the Year Award. At the Chicago Toy and Game Fair, he'll be talking to the Young Inventor Challenge contestants, announcing the winner with Mike Hirtle of Hasbro and taking them out to dinner with Mike.

John, tell us why you are passionate about inventing.

John: “Making and fixing things with your hands is a dying art in America, as I see it.  Based on lessons I learned from creative play as a child, I’ve made “be creative and work with your hands” into a national campaign to save the American skilled workforce.

As a child, I tinkered with toys, boats and radios.  I learned at the feet of my parents and neighbors in Bridgeport, Connecticut, one of the nation’s manufacturing hubs.  My curiosity and old-fashioned work ethic taught by my family and neighbors turned into a career as a carpenter, innovator and entrepreneur, never losing my love of hands-on productive play.

As I began production of my Travel Channel series, Made In America, the celebration of “skilled work” quickly revealed a national crisis.  When kids are no longer encouraged to explore and create worlds of their own, we wind up with a culture that casts a slanted view towards essential skilled work.   Every major sector of our nation’s economy requires creative, skilled workers to produce and innovate – and we’re facing a severe shortage of those essential workers as a result. I am currently working on a documentary, “Industrial Tsunami,” about the skilled worker shortage and its causes and solutions.  While vocational training and ending cultural biases against working with your hands are keys to solving the worker crisis, it is equally important to emphasize that critical life lessons – including forming a self-reliant and creative personality – start with child’s play that should be encouraged.

I delight in my relationship with the toy industry and in working with young inventors.  Creative play opens doors for young people to dream and invent.  I’m amazed every year at the level of detail and insight that young inventors bring to the table.  Every contest winner with whom I talk confirms they played with toys and, later, tools when they were young.  They learned they could create their own worlds, where boundaries were set only by the obstacles they hit while at play.

My national campaign to reaffirm the need and value for skilled work stems from my  childhood tinkering.  As a kid, I knew I could fix my bike when it broke, which meant I could get home from wherever I wandered.  Can you imagine where America would be – and can be again – if each of us had that same self-reliance and ‘can-do’ expectation that many of us learned as children at play?  Every young inventor can imagine it.”

Thanks, John, I’m a fan! Information about John’s efforts and projects can be found at www.ratzenberger.com.