The United Nations released a report last week, The World's Women 2010,  on the status of women around the globe.  The New York Times in an article entitled “United nations Report Focuses on Global Lot of Women,” lays out the findings, many of them relating to serious issues like educational opportunities, health and violence.

These are extremely important subjects but the one I am going to focus on is the changing role of gender and what it means for those of us who are in the business of making and selling toys.

According to the report men are doing more housework and spending more time taking care of their children.  The historic role of the woman as nurturer in chief is moving towards one of eventual parity in child care and work.  Here is how the article puts it:

"American men who maintain they are doing more housework have a second source to back their claim — a United Nations report released Wednesday — although it would be premature to argue that the sexes had reached parity on domestic chores or nearly any other issue."

"On housework, there are wide latitudes on chores — women tend to cook more than men, but men spend time shopping. In the United States, they have moved toward parity," the report says.

The move towards parity is not, however, global.  As the article puts it: 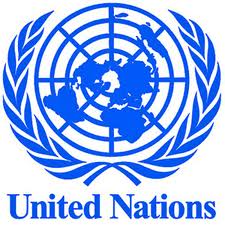 Generally in developed nations, women spend close to five hours a day on child-care and domestic chores, whereas men spend two and a half. But the numbers vary markedly. Women in Italy, Japan, Portugal and Spain among the developed, for example, do three to four times as much domestic work as men.

Where women are actually getting ahead are in the area of education.  “On education… women pursuing higher education now dominate, making up 51 percent of college students. That has yet to translate into earning gains: women earn 70 percent to 90 percent of their male counterparts.”'

The future is happening right now.  Let’s rethink toys to match the moment.