Invention and product development today is mostly done in a virtual space. Using computers, we can model and even test simulated 3-dimensional objects, mechanisms, and systems prior to building the real thing. Often the computer simulations and testing are so thorough as to eliminate the need for real world testing.

Automobiles, for example, may now be designed entirely in the virtual world, and simulated wind tunnel testing can be performed virtually, aimed at improving the design's aerodynamic characteristics. This can be done so accurately that the real vehicle need never be tested in a real wind tunnel. 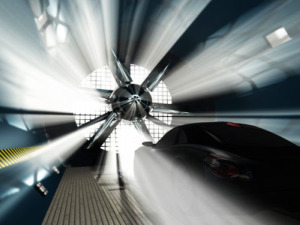 This was a very slow and iterative process that took place in the real world, unchanged since aerodynamics was first a part of car design considerations.

We still practice the old school, Edisonian Invention process – a hands-on, trial and error process of exploration and experimentation. We build iteration after iteration, just like Thomas Edison and most inventors before him since have done. I think for much of what we do, there is still no better way.

Like researchers in a scientific laboratory, the process of discovery does not lend itself to being done virtually, to my way of thinking. There is no alternative to building and testing, a cycle of experiments, modifications, and testing again and again.

I am reminded of this Edisonian invention process by a patent issued recently for our TMX Friends mechanism. It is a “mechanical mystery,” in the words of an industry executive. This mechanism does more with one motor than any other toy ever, and perhaps more than any product of any sort, ever. I myself can barely believe that it can do so many different things with only one motor. 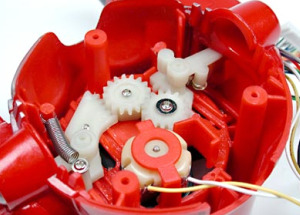 It was the product of a close collaboration between our client/partner, and our outstanding designer Paul. He labored countless hours, testing, tinkering, playing with speed, timing, geometry, center of gravity and weight distribution, and momentum. He discovered new actions in the process.

In fact, the mechanism was so versatile, and could do so many things that it was used in three different toys that each had a different set of actions.

This end result could not have been predicted nor arrived at through computer modeling and simulation. The solutions employed, whether relating to geometry, weight distribution, speed, timing or any of other variables could not have been derived through virtual model building. It was only through the hands on, experimental tinkering process, and the close observation of real models moving in the real world that such a 'mechanical mystery' could have been created.