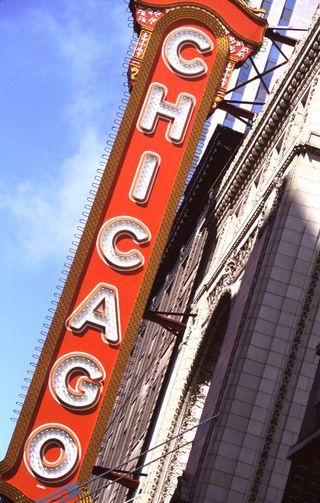 Rumor has it that “Da Mare,” Mayor Richard J. Daley of Chicago, is planning a press conference to announce Chicago as Toy and Game Inventing Capital of the World.   If this does in deed happen, it will be owed to the city’s rich history of toy invention and the efforts of Mary Couzin to have that history recognized.

Mary not only wants to make Chicago The Toy and Game Inventing Capital of the World, she wants toy and game inventors to be recognized as the celebrities they are.  One way that is going to happen is to have the Mayor act as Honorary Chair and be present November 19, 2010 at the Museum of Science and Industry  for the Toy and Game Inventor of the Year Awards.

Is the “City of Big Shoulders” also the Toy and Game Inventing Capital of the World?  Here is the case for that to be true:

The American Library Association—based in Chicago—has the largest gaming initiative in the world. This initiative, supported by Verizon Foundation, Hasbro, Top Trumps, Wizards of the Coast and the Chicago Toy and Game Fair, is to bring board games into all ALA libraries.

Glass, the largest toy and game inventing company in history, was founded in Chicago in 1941. They were responsible for such household toys as Mouse Trap, Rock'Em Sock'Em Robots, Operation, Lite Brite, Ants in the Pants and SIMON.

Spinoffs from Marvin Glass Studio abound and include:

1. Big Monster Toys, the world’s current largest toy and game inventing company, I in the West Loop. It is estimated that 78% of households have Big Monster Toys on their shelves.

2. Lund and Company (formerly on Western Ave and now in Oak Park), which invented TMX Elmo, the fastest selling toy in history. Bruce Lund, owner, is the one who proposed the declaration of Chicago as Toy and Game Capitol of the world.

3. Rehkemper is a very well-known group of inventors here. Steve and Jeff Rehkemper won Toy Inventors of the Year last year and have had many of their products be nominated and win Toy of the Year.

There are a huge number of toy companies, associations, retailers and inventors located in Chicago.  I have listed them below.  Not being from Chicago, I have depended upon others for the list. If I have inadvertently left out anyone or any company, please write in, let us know and we will add them immediately.

Toy and Game Companies in Chicago / Chicagoland – by the following categories:

Organizations, Suppliers, Retailers (excluding retailers that are found everywhere, but including headquarter operations)

Toy and Game inventor of the Year Awards