Jakks Pacific is, according to the CPSC, recalling 516,000 Spa Factory™ Aromatherapy Fountain & Bath Benefits Kits.  The CPSC press release states that this recall follows a previous one for the product in January 2009.  As the release puts it:

Pressure from the buildup of carbon dioxide in the jars of Bath Bombs/Balls or Bath Fizzies that come with the kits can cause the unvented lids to blow off, posing explosion and projectile hazards. The flying pieces also can cause property damage. Additionally, the mixture of water with the Bath Bombs/Balls or Bath Fizzies can create citric acid. This acid can get into consumers’ eyes when the jars explode, posing a risk of eye irritation.

It’s a serious challenge for Jakks as the CPSC “…had received 88 reports of exploding jars, including 13 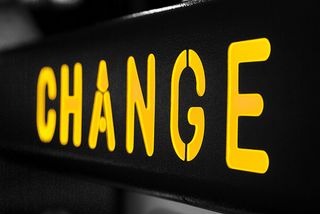 injuries to children [and] since that time…has received 12 additional reports of exploding unvented jars of JAKKS’ Bath Bombs/Balls or Bath Fizzies, including 13 additional reported injuries.”

The consuming public sees the toy industry as stewards for the safety of its children.   As such, any recall, much less ones from our leading companies, strains the public’s relationship with the entire industry.

We cannot blame foreign factories or anyone other than ourselves.  Peter Drucker said that when good people (and Jakks and Fisher-Price have outstanding people) make mistakes there is something wrong with the system and not the people.  That system is bigger than Jakks and it is bigger than Fisher-Price.  There is something wrong in the process of designing and developing toys.

I would like to see the toy industry gather together for the explicit purpose of challenging the current system in order to create better safety processes.  The long term health of our industry requires it.  The best interests of consumers and their children demand it.