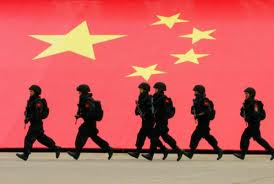 The war of words over the value of the Chinese currency reached new heights with China, on one side, and the European Union, the U.S. and the I.M.F. on the other.  The latter are arguing that the RMB (the Chinese Currency) is valued too low and as a result is resulting in unfair trade deficits for the western countries.  It has gotten so hot that the U.S. House of Representatives passed legislation that targeted China as a currency manipulator.

We know how our press portrays the debate but how do the Chinese see it?  I decided to find out by reading the People’s Daily, the major Chinese paper that often reflects the government point of view.   I found an excellent article entitled “RMB appreciation pressure harmful to interests of China, EU,” which I strongly encourage you to read.

Europeans to join with the Chinese “jointly resist American hegemony, and work together to build a new international monetary and financial order, which is fair, just, inclusive and orderly.”

What really struck me, however, in reading the article was this striking paragraph:

[The] appreciation of RMB will not only fail to resolve any problem but make thing even worse. If the RMB currency appreciates dramatically in a short time, China's export companies will go bankrupt and tens of millions of workers will be out of work, and this would affect social stability and impair stability of the financial sector and be detrimental to Chinese economy.

The Chinese have always had a fear of instability which has cycled in and out of their history with terrible consequences.  That concern with stability will ultimately drive every decision the Chinese make.  The rest is rhetoric.