I’m all about revolution, particularly in retail, and I think we’re at the end of the beginning in that regard. After years of retailers obsessing about efficiency and trying to perfect their optimization strategies, we’re entering a new era of retail risk-taking that will be much more revolutionary than evolutionary, in my opinion. What may surprise everyone, though, is that much of the revolution will be driven by retailers rather than by brands.

I’ll expand on your pebble-in-the-pond metaphor to describe how I see it already unfolding: The pebbles hitting the water are a series of initiatives that various retailers are incubating and launching but that nonetheless go largely ignored.  However, those ripples gain momentum as they interact with other ripple pools and waves begin to form—until a tidal wave (or two) finally appears, seemingly out of nowhere. As brands and manufacturers gaze at each isolated ripple, they fail to recognize the profound ways they connect and interact with each other—and eventually create something brand new (and unexpected) as a result. 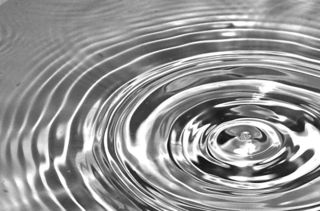 Of course, this has happened many times throughout the history of retail. The advent of the private label is a great example. Manufacturers first saw it as a completely non-threatening experiment in “generics.” From there, it was rationalized to be an opening price point option that only lower income shoppers would favor. As more retailers began to expand their private label programs, many in the retail industry still called it a “cyclical” brand dynamic and predicted a swing back to national and licensed brands.

Today, in acknowledgement that the difference between owned-brand and national brand is greater than ever, private “label” is now changing into private “brand” and shows no sign of slowing down. In fact, not content to stop at private brand products, Best Buy, Target, and other retailers are now layering on private brand services (such as Geek Squad and Bullseye Mobile). The tiny ripple created by the private label gained unhindered momentum for years, finally gaining attention only when the wave crashed onto retail shores—and completely transformed branding as we know it.

With social networking, digital marketing, proximity promotions, and multi-channel, retailers have never had a bigger pond to play in. The difference between then and now is that the pebbles are no longer hitting the water one at a time. As retailers become less risk-averse and more determined than ever to control the conversation, hundreds of pebbles are hitting simultaneously—without waiting for the pool to settle.  I’m expecting big waves. How about you?