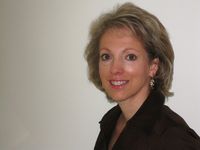 Much has been written about children’s play with toys and how it affects their adult choices, and often their professions.  When you were growing up, was there a licensed character toy you identified with so much that you wanted to become that character and escape to its world?  Barbie? G.I. Joe? Six-Million-Dollar Man? One of Charlies’s Angels? Much like the feeling you might experience when watching an action-packed blockbuster movie, did you want to become the hero or a villain? When children fantasy play with licensed dolls like Barbie, Bratz, and Strawberry Shortcake, or action figures like today’s G.I. Joe, Buzz Lightyear or Transformers, they recreate the voices, personas and scenarios of those characters and oftentimes become them in their imaginations.  But how do they play with non-licensed characters; is there a difference in the play experience they create? Licensed characters provide a rich opportunity for imitation and mimicry, but what about characters without TV or movie support?  How do kids play with characters that have no predetermined or pre-sold personas and scenarios – are they able to tap into their own creativity?

Today's children live in such a license-driven, brand-saturated world, a world in which much is provided for them that oftentimes little is left for them to imagine on their own.  Is there a danger in spoon-feeding kids too many preconceived personalities and not allowing them to express their individuality through more creative play?  Providing children with a variety of non-licensed dolls, action figures and play experiences may be just the answer.  Kids could then spend playtime forming and developing their own ideas.  Imagine the possibilities for children who are not led by brands and licensing, but who actually follow what is intuitive, innate, and original to them.  We have to ask if the next generation will be as innovative and creative as they could be without these more challenging play experiences. 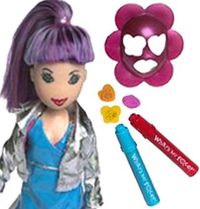 The reality is that toy companies need to distinguish their product from the competition and character promotion is one method of accomplishing this.  Many licensed toys provide kids with opportunities to develop social skills, discover artistic talents, and grow through educational play.  Still, might there be a need for children to have more individual expression, creativity, and personality development through their play?  Are there yet untapped opportunities for toy companies to create product which broadens a child's thinking outside the boundaries and influence of a license?  Stickfas, Urban Vinyl Munny, the timeless Little Green Army Men, and the short-lived What's Her Face? doll are some character-based toys which depend more on a child's own creative abilities.

Since toys play an integral role in a child's self-expression and development, it's worth asking if heavy character licensing manipulates that development in any way; inhibiting children from exploring and creating their own fantasies.  Children yearn to be more grown up, more in control; more of a hero or a villain, and character-based toys encourage and empower kids to do just that.  But fantasy play with non-licensed character toys may give kids more of an opportunity for pure expression and help them build creative skills to a point where they come naturally.

Many of our best childhood memories are tightly tied to our favorite toys.  Why not give today's kids more opportunity to create these fantastic memories without license-influenced play experiences? Maybe, years from now, kids will then look back on their childhoods and remember imaginative play experiences they created themselves instead of what a TV show, movie, or licensed toy had them repeating.