This is part 2 of an exchange of letters between Richard Gottlieb and Carol Spieckerman, President of new market builders and an expert on retailing and branding.  To read part 1 click here.

First of all, thank you for giving this all-too-prevalent concept a name and for creating awareness around the history of “departmentalism” in retail!

Many retail "Truths" are held to be self-evident when, in fact, they are false or only partially true.  Even the most brilliant ideas are doomed to mediocrity or failure when they are layered onto these shaky foundations. That’s why it is so important to question fundamental assumptions. 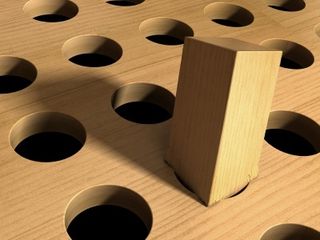 I love your example of the department system within retail—something that has largely remained unquestioned even as shopper marketing insights, multi-channel connectivity, and store format efficiencies have become much more sophisticated.

In my experience, retail suppliers and solutions providers actually have more faith in the department system than retailers do.  Suppliers assume that “everything has its place” and that the department-based system would have naturally evolved to accommodate and encourage innovation.  Instead, the department system of the past has remained largely in place, and the “gray” area voids have widened as a result.

Here’s where the disconnect begins: Suppliers seek the “decision-maker” for their Maze1 particular products when, in fact, there may not be one.  Or there may be several potential trigger-pullers at 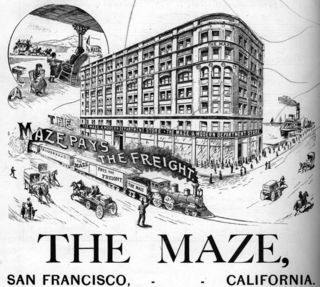 retailer HQ, but stepping out into the gray in order to grab onto a non-core opportunity would be an act of daring instead of a natural outcome of pursuing innovation.  Working off of your example, let’s say that a company designed an amazing toy geared toward adults, and the product also featured gaming and web-based attributes.  Who at retailer HQ would “claim” it?  The toy buyer?  Probably not.  After all, it wouldn’t really work next to kid-focused Barbie or Tonka.  Consumer electronics or gaming?  It doesn’t really fit into the game display, does it?  How about dot com?  Would anyone find it there when awareness hadn’t been established in the stores?  The velvet rope thickens and innovation is thwarted.  And, far from changing the system, existing suppliers and brands thrive by innovating within the existing departmental structure rather than by bucking it. Exacerbating the problem is the intentional position-turnover within retailer organizations.  Gone are the days when a buyer retired in the same category that launched their post-internship career.  Retailers no longer expect, or even want, their employees to become category experts; instead, they are invested in keeping everyone moving and steeped in process.  That’s why the electronics buyer sitting across the table may have just come over from the infants’ department.  If a decision-maker is only going to be working within a given category for a few months, it’s even less likely that they will step out and take risks.  What’s in it for them, particularly when any failures could result in the worst situation of all: staying put!

I have also worked with companies that have argued for, and been denied, multiple placement within a given retailer under the same system.  Retailers still err on the side of picking a spot or moving that spot and, once one category decision-maker claims a product, it more or less becomes off limits to other departments.  This puts the shopper in the position of having to get into the retailer’s head versus the other way around (another first principle!).  How many times have you found yourself in a store aisle, puzzled, thinking “Shouldn’t (product) be right here?” If you’re like me, your next thought is, “Where else would (fill in retailer) put this?”  From there, you either go exploring, cross the item off of your list, or ask for help.  Taking the latter option invariably creates a bit of discomfort as the associate says, “Oh, we keep those over in hardware” (thought to self: “Silly me” or “That makes no sense whatsoever and yikes, that’s all the way over there.”).  Maybe the item was in a particular place in the past, but the retailer decided that it should go somewhere else for any number of reasons.  Even if one of those reasons was based on the majority of shoppers’ expectations, why wouldn’t the retailer capture the opportunity to have the item in both locations?  One reason is because of the department system!

In all fairness, retailers are becoming more open to placing items, such as batteries, in several logical locations throughout the store.  However, I still see the department-based claim-it system as the dominant model.

So, “It’ll never work” becomes a self-fulfilling prophecy, which isn’t necessarily based on consumer demand.  Instead, it’s based on the existing departmental gate-keeping structure.

Your example created so many possibilities that I barely strayed!  Perhaps various first principles warrant further discussion?  What are your ideas for creating a new framework that will foster innovation without wreaking havoc?