This is the first in what will be a series of letters between thought leader, Carol Spieckerman and me regarding the revolutionary changes taking place in business.  The purpose of these letters will be to consider those aspects of business, first principles or guiding principles, that although they are the basis for all of our decisions, we never think about.

Carol is the President of new market builders, an out-of-enterprise resource to licensors, licensees and agencies that seek to optimize their direct-to-retail positioning. She is a noted speaker, retail and branding thought leader and regular contributor to national news and industry publications.

The format will be to post my letter to Carol in one posting and her response in the next.  I hope you enjoy our dialogue and join in. 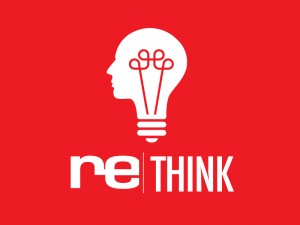 Have you ever thought about how many mistakes are made in business because the first principles upon which people make decisions are either wrong or outmoded?  In fact, have you ever considered the notion that most businesspeople don’t even know what first principles are?

Just so we are on the same page, I define a first principle, or organizing principle if you will, as a generalization that a community of people accepts as true and upon which they make decisions.  Most people never think about first principles because, most of the time, they are invisible.

In order for me to illustrate my point, let’s consider something not attached the consumer products industry. Consider driving a car;  in the United States a first principle is that we all drive on the right side of the road.   No one thinks about it; they just take it for granted.

What they are familiar with, however, are the laws and penalties upon which that organizing principle are

In the consumer products industry, we have our own set of first principles.   For example, one I want to consider with you today is the first principle of how we designate departments.

The departments as we find in our stores id not actually exist prior to rise of the aptly named department store in the 19th century.   These 19th century businessmen (and they were men) are the ones who essentially determined where and how, we in the 21st century designate product categories and merchandise our stores.  You can thank them for dividing products by gender, for separating soft goods from hard goods and for making sure that the hardware department was not near the lady’s dresses.

It’s been a long time since 1839 when Aristide Boucicaut founded what is believed to be the world’s first department store, Bon Marche, in Paris.  Don’t you think that after 179 years, with massive changes in how race, gender and longevity are perceived, not to mention technology; communication and a host of other factors, that we take a step back and reconsider whether these ancient department designations constrain or even prevent the flow of new and innovative products to the consumer?  After all, if there is no place to put a product, no retail buyer will list it.

Let me give you an example from my experience.  A number of years ago, I was with a toy company that decided to bring games for senior citizens to market.  The idea was that these seniors would respond to products that had over sized pieces, large print rules, etc.  The challenge was that toy departments were deemed to be children’s departments.  There was a place for girl’s toys and a place for boy’s toys but there was no place for toys or games for seniors.   We failed because there simply was no place in the store for a game or toy that was designed for senior citizens. 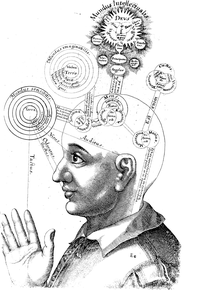 Do you agree with me that some first principles are outdated?  If you do, can you tell me what you think of my point and if you see similar cases where our first principles no longer apply?