Scott Traylor is CEO & Chief KID of 360KID, a youth focused, digital consulting firm.  360 KID specializes in product ideation, market testing, and product development as a service to companies interested in engaging kids through interactive media in the consumer marketplace as well as in the classroom.

In the early days of 360KID, Scott also doubled as a computer science teacher for 12 years, working with graduate students to develop online experiences for children. He started the 360KID business 20 years ago with his spouse, Diana Traylor, who is also a teacher, and together they set out to define and explore new ways to engage kids through interactivity.  Scott is actively involved in research, writing, and speaking about child engagement through new technologies, social media, and various consumer-based delivery systems. He also speaks frequently at consumer and education events related to kids and technology. 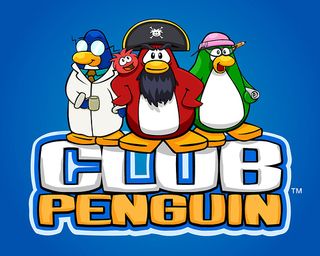 Start your engines! Disney’s newest virtual world, World of Cars, is at the starting gate! World of Cars recently went live and is the latest online community for kids. The LA Times posted a great interview with Rachel DiPaola (shown in photo above) who is the Product Director for Disney Online and commander in chief for Cars Online. Reading the piece reminded me that just a few months earlier I had a conversation with Lane Merrifield (also in photo above) about Cars. Merrifield, founder of Club Penguin, now oversees all virtual worlds for Disney. Below are highlights from our conversation together as he discusses the thinking behind Cars Online. This interview was conducted in the Spring of 2010 and has been edited for clarity purposes.

In our last interview together, Club Penguin had just been acquired by Disney. Today you’re in charge of all virtual worlds for Disney. How many virtual worlds are you managing?

You were made the Executive Vice President of Disney Online Studio. Where do you start with this role?

What makes World of Cars unique compared to other virtual worlds?

What 3D solution are you using for Cars, Unity?

Was John Lasseter involved with this project?

In addition to Cars Online, what else can Cars fans look forward to in the near future?

Scott Traylor: In our last interview together, Club Penguin had just been acquired by Disney in August of 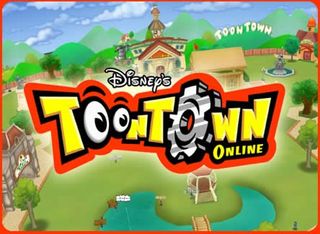 Lane Merrifield: We have four actively launched virtual worlds. ToonTown was the first, Pirates of the Caribbean Online, Pixie Hollow, Club Penguin, and soon to be World of Cars. That’s four live currently with a fifth virtual world actively being worked on. It’s a lot of worlds to manage, but we have really strong teams who own the product, who are passionate about it, and passionate about their audience. For me, I’m less inclined to feel like I have to manage the worlds themselves, and more inclined to make sure that the values are lined up, the priorities are right, the expectations on quality are consistent. (Return to Question Picker)

Traylor: You’re under Disney’s wing now, which was nothing unfamiliar to you since you first worked in the parks at Disney as a teenager. You’re brought on as the Executive Vice President of Disney Online. Where do you start with this role? Do you focus on business models for these virtual worlds? Do you coordinate branding? Do you modify these virtual worlds to meet the business objectives of Disney Online or maybe the entire Disney enterprise? 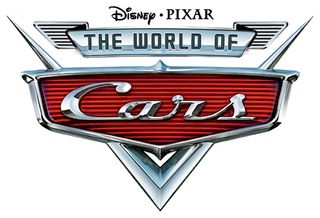 Merrifield: When I first came onboard, almost all of these worlds, with the exception of Cars, had already been launched. So all of them had a nature. They were all in different parts of their life cycle. Some were struggling a little more than others. Pirates, which had great content, was not technically functioning as well as it could. It wasn’t working well on all machines. The team had reached pretty far with what they could do technically, but as a result, had made the site less accessible. For Pirates, we put a halt on a lot of new development, went back to the drawing board, and retooled to get it to a place where it is now. Recently we started to move the content ahead again, and the experience is far more accessible. You can play it in a browser now. Anyway, these virtual worlds are all on different paths, and a lot of my focus has been stepping in, bring the two studios together (the Club Penguin studio in Kelowna, now called Disneyland Studios Canada, together with the Disneyland Studios LA,) and bring together a lot of shared learning.

It’s interesting, the two studios are almost identical in size, although one was focused on just one product and the numerous facets of that product, and the other was focused on multiple products. One studio wasn’t involved with as many languages. The other wasn’t as tied into their consumer products and other things. One was driving very deep, and the other was focused on all the pieces. Internationally, Club Penguin was really leading the way, and now the infrastructure that we developed for Club Penguin is going to allow all of our virtual worlds to be able to grow internationally in the same way that Club Penguin did. The sharing between the two studios has been a great cross learning experience. (Return to Question Picker)

Traylor: What makes World of Cars unique compared to other virtual worlds that compete in the same space?

Merrifield: Well the most obvious is that it starts from such a strong place in terms of its intellectual property. People know the product, people know the characters, they know what Radiator Springs should look like and feel like, although they haven’t necessarily experienced it like this before. There’s great strength in that, but it’s also a double-edged sword. It means people’s expectations are going to be higher. We already had a head start in the narrative, and in the environment and the characters. I don’t like to focus on the technology, but we’ve also created a way of doing 3D in Flash that’s pretty unique and different from Papervision and some of the other technologies out there. (Return to Question Picker)

Traylor: The front-end is in 3D using Flash? You’re not using Unity?

Merrifield: We’re using Flash, at least until some of these other tools get to the same adoption rate. Our goal is never to try and perpetuate the technology. We’d rather come in behind it once it’s already reached a significant adoption level. This is not to say we’re not looking at all of these other new tools, playing with all of them. Just the same, we’re not locked into Flash either.

We always talk about being technologically agnostic. That’s a big focus for us. It’s difficult to bring a Pixar 3D movie to life in 2D. Not to say we didn’t experiment with it, but it just wasn’t the same thing. The character of the cars, and the ability to bring them to life, and the way they are articulated, we knew we had to address that problem. And yet, the requirement was always not to chase technology. If we’re going to do it in 3D, it has to have a 98 percent install base, which is what Flash has. It was a tough challenge, but the team rose to it. In part, it’s also why we’re making sure everything will work right for the launch. This is a technology approach that hasn’t been done before. We need to make sure when there are 60 cars driving around on the same page at the same time, that it’s still as strong an experience as if there were just two cars driving on screen. (Return to Question Picker)

Traylor: Was John Lasseter involved with this project?

Merrifield: Yeah, John’s been pretty involved. He would do check in meetings throughout. He also has the dedicated gurus of Cars at Pixar who are involved in work on Cars II and the Cars Land Experience. The relationship has not been like a licensing situation where we say “Okay, can you tell us everything about Cars, and we’ll go make it.” It’s been a real collaboration. In fact, there are elements of what we’ve created that are being incorporated into the Cars manual, the Cars bible. Some point down the road, it could be incorporated into future movies or theme parks or whatever else. It’s neat to see this. It’s a collaborative effort, more than it is one way. John’s been a big fan, and he’s very interested in this because it presents a new medium for storytelling. (Return to Question Picker)

Traylor: What you have shared with me so far is that there’s a new Cars Virtual World, a new physical world theme park called Cars Land, you’re also talking about the next Cars movie. I’m seeing a “tent pole” approach with the Cars brand that has many different elements circling around that center pole. Fans of the Cars franchise are soon to see much more than just the Cars virtual world, is that correct?

Merrifield: There is a lot of cool stuff coming out. The neat thing about everything you mention is that the center pole IS the story and IS the narrative. People sometimes say, “The virtual world is the connection point.” The Internet may be the connection, the vehicle, and Cars Online will be a browser experience. However, as devices get more and more connected and smarter, as we connect more with mobile, as we connect more with console games, as we connect more with the physical environment, my hope is that this next evolution of engaging with the Cars franchise will be more about this connected experience. Disney has been making similar connections from a franchise perspective for years. It’s not just about the replayability of these various experiences. It’s really about one continuous story across multiple experiences. (Return to Question Picker)