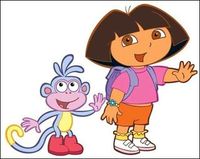 Here is what puzzles me.  Dora the Explorer after 10 years of being on television is one of the most popular shows in the world.  Her cousin Diego pulls in a ton of viewers as well.  Their faces adorn toys in just about every department.

Yet, there is really no other authentic Hispanic characters being succesfully promoted by any other media or Toy Company.   Why is that?  One reason that surfaces is that American toy marketing is based upon a national view of the marketplace.  We are not geared as an industry to marketing around the local. 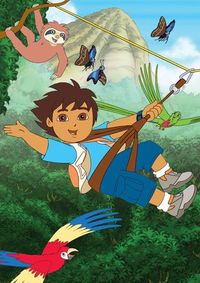 The Hispanic population is the fastest growing population in the United  States, the show is a huge hit but based upon what shows up on the shelves, there seems to be little recognition of that reality in the toy industry.  Simply put, the face of America is changing but where are the cartoon and toy faces to match that face?

Let me be very clear.  Dora and Diego are not popular just because they are Hispanic.  They are popular because they have excellent story lines and appeal to both parents and children.  What that proves, however, is that having a character of color is certainly not an impediment to success.  In fact, it may enhance success by reaching out beyond the boundaries of the majority culture and capturing new viewers.

Betting on the Hispanic market is like having a portfolio that includes some “futures.”  The opportunity is there for those who are willing to take it.