Begin challenging your own assumptions. Your assumptions are your windows on the world. Scrub them off every once in awhile, or the light won't come in.

Everything I know is wrong. We all make assumptions all the time and act upon them as if they were the gospel truth – often to our peril. 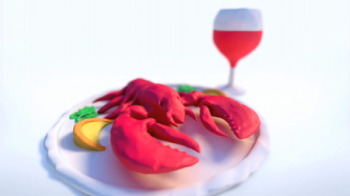 Many years ago the makers of PlayDoh reasoned they should not produce toys that allowed the child to create dough food, for safety reasons. Instead, a competitor 'ate their lunch' by creating a competing dough line. This successful new line enabled the child to whip up all manner of yummy looking food – the essence of its success. Hello? And you thought what you knew was true!

Another big and successful toy company (could have been the same one?) considered making an RC vehicle concept that had a wild, spinning, crazy stunt action. They ultimately passed on it because they firmly believed (they thought they knew) that successful RC vehicles needed to have more realistic vehicle actions.  But a competing, on-the-make toy company had no such preconceptions, and they licensed the vehicle instead. They sold millions of this wildly successful, wildly spinning, stunt action RC. So much for what we think we know. Everything we know is wrong, sooner or later. Get over it.

We can't be right all the time, of course. It is useful to question the basic assumptions by which we make our decisions. I find that my basic assumptions about the toy industry, product categories, and client relationships needs to evolve and change over time. Every year I am blindsided by something that has never occurred before in my 30+ years in the toy industry. At those times I find myself shaking my head and saying to myself, "Whoever would have thought that would happen?"

Business, like life, is full of surprises. Being prepared for surprises is essential to survival in both.