I have been spotting articles lately talking about the drop in teen driver’s licenses.  Believe it or not, that old rite of passage may be coming to an end.

According to a , Tampa Bay On Line article “…Statistics from the Federal Highway Administration show that one in every three teens now has a license at 16. It used to be one of every two.” 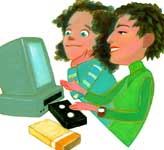 Among the reasons given was one that really stuck out at me.  It was the notion that teens are content doing their socializing and shopping on line.  Who needs to go to the trouble of getting a drivers license and driving to a friend’s house or the mall when you can sit in front of your computer and have what passes for (at least by today’s standards) “a life.” 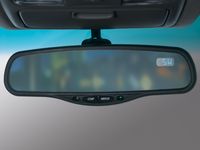 Rear-view-mirror Keep an eye on these drivers’ license statistics.  They could mean that the romance of the road is coming to an end and with it many of our traditional, automobile based patterns of behavior.  Look in the rear view mirror Wal-Mart, Target and Toys R Us.  Some day you may look and find that no one is there.