Once Playskool had a run of bad years. This brand has not always been managed as well as it might – one year they lost 30 million smackarollies. A friend who worked with the Playskool group said that looking at the new product line-up back then was disheartening, the product was so mediocre. 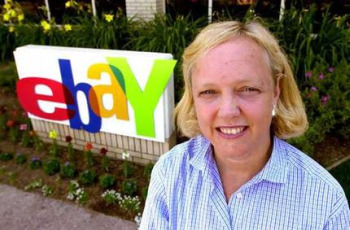 So they brought in a new manager with a record of turnaround experience but no toy background; a woman named Meg Whitman.

My friend at Playskool had often seen teams get together to undertake new projects or initiatives, but without personal accountability or clear leadership, the teams would fail. Only if the responsibility is given to just one person (if they are the right person), would the jobs get done. That is how organizations like the military find out who the best people are. Individuals are given tasks and the means to complete them. They either succeed or fail, and they are held accountable in any event. That is how they maintain such an excellent organization full of capable men and women. Personal accountability.

This new manager at Playskool proved to be very good at managing and getting the best out of her people. She was modest, unassuming, hard working, and they loved her. The year after Playskool lost $30 million, they had a $30 million samolians profit under her deft hand. Wow. She brought energy, enthusiasm, and vision to a dispirited brand.

A few years later Meg told them she had accepted a position with a little known company on the West Coast as its CEO. The company was eBay, just a twinkle in the founder's eye at the time, but that was to change. Back at the Playskool office, they would track her rapidly growing net worth based on eBay's quickly growing share value. Now she is one of the wealthiest women in America and posed to become governor of one of the largest states in the Union. Meg, I take my hat off to you for what you have accomplished.