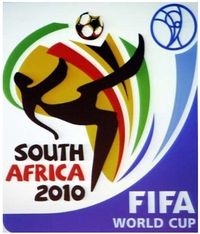 It is widely acknowledged – particularly in the political arena – that the UK and the USA have a 'special relationship'. It is also sometimes said that we are two nations divided by a common language. Quite apart from the lingusitic differences, there are also cultural anomalies: one currently pertinent example is the regard in which football (or soccer, as I'm given to understand Americans refer to it) is held by our two nations. Here in the UK – and indeed pretty much throughout Europe – football is a major distraction. Hence the World Cup, currently taking place in South Africa, is a big deal. Retail footfall fell by 4.7% last Saturday, the day of England's first game….and yet the game didn't even kick off until the evening. It appears that many people simply chose to spend the day 'preparing' for it!

This is certainly not just a UK phenomenon. We have an Italian member of staff, who tells us that major Italian cities come to a halt when the national team plays. Many other European, South American and Asian nations are just as fanatical about supporting their national football teams.

Retailers know that there is a significant potential upside to the World Cup. Many toy companies release football-related ranges to coincide with the tournament, some of which sell extremely well (and some of which look like terrible attempts to 'cash in' and fool no-one!). A number of retailers tie in promotions, including money off or even a total refund on certain products if the national team scores or wins the tournament.

However, there is also a potential downside, especially for toy retailers. Less footfall for starters. A tendency for people to spend their disposable income on 'non-toy' product. Young boys in particular becoming fixated by the World Cup, to the exclusion of other forms of entertainment (it's noticeable that most major movies avoid launching over the 4 week period that the tournament is held).

I'm (reliably) informed that the picture is rather different in the USA. Although some 17m American viewers are said to have watched the USA / England game last week (which is apparently one of the highest figures ever for a soccer match in the US!), nearly double that number watched in the UK, a country with a fraction of the population of America. I have two friends who stayed on in Vegas after Licensing Expo, and therefore needed to find a bar to watch the game. They were worried a) that they wouldn't be able to easily find one and b) if they did, it would be full of teenage girls!

Normal service will be resumed in a couple of weeks (or whenever our team goes out!). Until then, if you can't reach us on the phone one afternoon, or don't get an immediate email reply, you might want to check the World Cup fixture list….