Where is the best place to make my game, the US or China?  That’s a question I’m asked all the time. There are many variables to consider when deciding which country is the best choice. The decision often times boils down to time and money (most things in life usually do…).

While from a manufacturing cost perspective it will typically be more expensive to produce your product in the United States, nevertheless U.S. manufacturers generally enjoy the benefit of a shorter overall timeline- the commencement of the manufacturing through to the delivery of the inventory to its final destination. This is usually thanks to the lengthy overseas freight forwarding process. Products produced overseas need to be shipped via ocean freight, generally taking 30 days. Shipping your products via air freight is always an option, but this is an extremely expensive proposition. 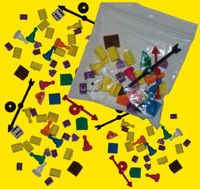 In addition to the time vs cost consideration, another rule of thumb that influences where best to produce your product are the components that make up your game.

Here is a quick rundown of typical components in a game, where they are most cost-effectively produced, and how they contribute to the China vs United States manufacturing analysis:

Printed Materials (Cards, Gameboards, Retail Packages):
These components are commonly manufactured in both countries. Most factories in China, however, tend to focus on a minimum of 5,000 pieces of each component as a minimum order quantity (MOQ).

Plastic Components (Dice, Pawns, Chips, Sandtimers, etc.):
China is the country of choice here. The manufacturing costs as well as the cost of the molds are far cheaper in China over the U.S. If your product is being primarily produced and then assembled in the U.S., an expense to keep in mind however, is the cost to ship these components from China to the assembly plant here in the states. If the plastic components represent a large percentage of the overall cost of the total product, then producing the entire game overseas may be a more economically viable option. 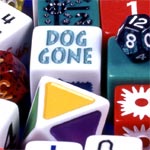 Metal Tokens, Metal Tin Packaging:
Definitely China. The cost to produce these components in the U.S. is substantially more expensive, especially when lower production quantities are involved. If you plan to use a metal tin for the retail package for your game, this tends to be a compelling reason for producing the entire product overseas (as opposed to producing just the metal tin overseas and then shipping the empty tins to a U.S. assembly plant.)

Textiles and Vinyls (Drawstring Bags, Game Mats, etc.):
China tends to be the country of choice here as well. The pre-production setup costs are very low, and the manufacturing costs tend to be much lower as well. If producing the majority of your game in the U.S., shipping these components from China to the U.S. for assembly tend to be very cost effective however, as the packing is very efficient.

Electronic Components:
China tends to the favored here. The engineering and development costs tend to be cheaper, as well as the manufacturing costs.

In the end, the decision over where to have your game produced (entirely in the U.S., entirely in China, or a blend of U.S. and China manufacturing) is heavily influenced by the nature of the components in the product, the overall manufacturing cost, and how tight your timeframe is for getting the production and delivery completed. The formula for success is very dependent upon two key elements: 1) accurately identifying all the costs that comprise the project (preproduction set up, manufacturing, and shipping) and 2) properly managing the plan from initial product development to manufacturing to final delivery.