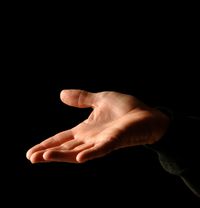 In my last blog post, I wrote about the new tough guy trend among Chinese manufacturers.  Gone are the days of their rolling over for American and European companies on price and minimum order quantities.  Now it’s the Chinese who are dictating the terms of business.

I ended that post by asking the question:  Is the new paradigm for doing business in China going to last?

That may all depend upon the value of the Euro.  The Chinese Renminbi is not linked to the Euro as it is to the US dollar.  As the Euro continues to plummet in value, Chinese goods are getting more and more expensive on the European continent.  That means that sales to Europe are going to drop along with the Euro.

How bad is the situation?  Here is how the Financial Times puts it in an article entitled, “Asian exporters rattled by eurozone turmoil:”

Europe’s economic crisis is having a severe impact on Asian companies as the depreciation of the euro makes exports from Asia significantly more expensive in one of the region’s biggest overseas markets…[M]any Chinese companies have suffered “huge losses” as a result of the euro’s 14.5 per cent slide against the renminbi so far this year.

Even Hello Kitty, Japan’s cuddliest mascot, is in trouble. Sanrio, the greetings card company that owns the character, qualified its recent outlook with concerns that the European economy may be sluggish “because of lingering financial uneasiness in the eurozone”.

Those who follow these things tell me that they see the Euro at parity with the dollar by the end of the year.  If that is the case, Chinese manufacturers may well have to get a little more flexible.