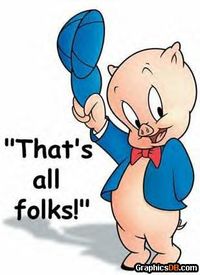 Did Bugs Bunny, Sylvester the Cat, Porky Pig, Elmer Fudd and the rest of the Looney Tunes crowd really go away and do they actually need a comeback?  Well, it seems that if you ask a first grader, they have already left the building.

Here is how a major New York Times article entitled, “What’s Up, Doc? New Looneys,” puts it in the article’s opening sentence:  “Ask a first grader to identify Bugs Bunny and the response more likely than not will be a blank stare. Dora, sure. Mickey, alive and kicking. But Porky who?”

I decided to do my own field test this weekend.  I was sitting with a very smart five year old named Zachary and saw that he was playing with some Silly Bandz.  Silly Bandz you undoubtedly know are rubber bands that when in a relaxed state look like cartoon characters.

Among the mix was an easily identifiable Tweety Bird. Me:   (Voice now getting excited) How about Bugs Bunny?  Have you ever heard of Bugs Bunny?

Zachary: (Moving off to play in another room) No.

How is it that Looney Tunes is in trouble?  Why is it this series of shows, that was so much a part of our life that we can all (and I mean all) quote dialogue, is in danger of falling out of popular consciousness?  According to the Times article it appears that we can thank changing tastes and poor management of the brand by Warner Brothers Studios.

To get a feeling for how bad the mismanagement was, consider “The Loonatics Unleashed’ a misguided, to put it mildly, attempt to give the characters attitude.  One look at this picture will show you the total lack of not just charm but respect for what I believe Looney Tunes was all about:  Beautifully choreographed and viol

Well, help may be on the way.  As the Times puts it:

"This revival, Mr. Register and Mr. Roth [leaders of the team bringing Looney Tunes back] promise, will be different. One major shift involves the DNA of the wisecracking characters — it’s the same as what first made them stars in the 1940s. Bugs, Daffy, Porky and crew for the first time in years will look and behave in a manner that is familiar to adults who grew up on the cartoons. No babies. No punked-out space adventurers." 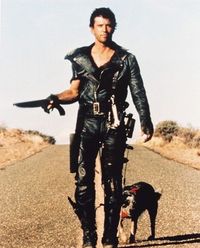 Let’s hope so.  If not, we might need to have the Federal Government step in and take over Looney Tunes like it did General Motors and Chrysler.  And if that’s the case “Th-th-th-that’s all folks!”