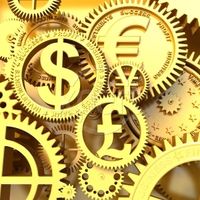 If China is hit hard it means that it will be much harder for the Chinese government to sell the long anticipated revaluation of the Chinese renminbi against the US dollar to its business class.

Here is how the New York Times put it in an article entitled:  "Euro Crisis Drifts to China:”

The pain of the European debt crisis is spreading as the plummeting euro makes Chinese companies less competitive in Europe, their largest market, and complicates any move to break the Chinese currency’s peg to the dollar…

I found support for this point of view in the Chinese press.  Here is how China Daily puts it:  “The chances of an early revaluation of the renminbi look unlikely and could happen much later than expected, considering that the nation's trade surplus may see steep erosions due to the European debt crisis…”

The toy industry was already complicated, it’s just getting more so.