It’s a classic image: the dog bounds proudly home, scratches at the door, and when the owner answers, he deposits a rotting, dead squirrel as if he were hand-delivering the keys to a new convertible.  “Look what I brought you, master!  Is this AWESOME, or what???”  Not so much.  One dog’s treasure is another man’s corpse. 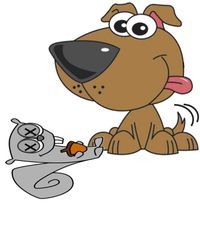 I’ve seen this scenario so many times in the corporate world.  (OK, without the squirrel, but same notion.)  The Marketing-Product-Innovation-Tech Team conjures up the next greatest thing, and “unveils” it at the Annual Global Strategic Sales Direction Meeting.  More often than not, the new product launch gets an underwhelming response from the Sales Team.  And an even more underwhelming response from the Retail community once they get pitched.

Companies large and small fail to ask a very simple question: “WHO CARES?”  It may seem trite, but you can really get to the bottom of things by asking “Who Cares?”

We’ve done it in consulting sessions, and it goes like this:

Client:  “We’re launching this great new series of Products next Fall, which should bring in $200k in new revenue.”
Us:  “Who Cares?”
Client: “Well, um, what do you mean ‘who cares’?  It’s a great product!  Lots of people will care!”
Us: “Okay.  Like who?”
At this point, the client gets a bit flustered, and regrets paying that deposit…
Client: “Well, our retailers, for one.  The Product has this great feature _______.”
Us: “Great! Who cares about that feature?  The Retailer?”
Client: “The consumer, that’s who.”
Us:  “Great!  Who cares?”
Client:  “Arrggh!  Whaddya mean ‘who cares’???  I just told you – the consumer!”
Us:  “Right.  But WHO?  Which consumers?  Which consumers will care enough to go into Retailer X, find your product, pick it up, read the package, and buy it???”

You get the picture.  If you haven’t answered the “Who Cares?” question, this exercise can get pretty frustrating, pretty quickly.

Too often, we get stuck in our own paradigm, doing things just because it’s what we’ve always done.  Taking a minute to think through “who cares” can make a decent product better, or keep you from spending thousands of dollars in the wrong direction.  Who has a vested interest?  Who will be the first adopter?  Who will pay a premium?  Who will be an advocate?

When I worked for Gore-Tex Fabrics, it was consistently one of the “100 Best Companies to Work For”.  Great experience – only problem, we were meeting happy.  After a 3-day session, I pasted a sign in the conference room that said “How does What We’re Discussing Here HELP Our Customers?”  I won’t say it was met with a real warm response, but it did lead to some vigorous discussion about what each of us was working on.

In retrospect, I might have abridged the sentiment a bit, and simply written “Who Cares???” on the whiteboard.  What a great way to start a meeting…