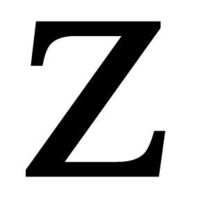 Let me say clearly that I am thrilled that Silly Bandz is taking off and is turning into a major fad. I don’t know about you, however, but I am getting a bit overloaded with the use of “Z” as a way of making pluralized words trendier. As if our old friend, the letter “S” is no longer cool enough.

First, however, let me make sure you know about Silly Bandz because if you don’t you need to.  As the New York Times puts it:

The bracelets are called Silly Bandz, and they are today’s kid fad. Sold in packs of 12 for about $2.50, or 24 for about $5, they are organized according to theme: animals, princesses, alphabet, Western, for example. Children stack them on their wrists and trade them. The coveted ones glow in the dark. On a child’s wrist, they look like brightly colored rubber bands, but laid on a lunchroom table for inspection, they revert to their original shape.

Now, back to the ubiquity of “Z;” it seems that there are other versions of the product called Crazy Bandz and Zanybandz. This on top of Moxie Girlz, Ty Girlz and Zodiac Girlz.

It makez you want to trademark the letter “Z.” Can you do that?