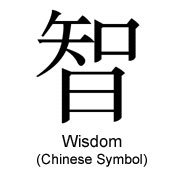 With more than 85% (and rising) of the world’s toys being made in China, it is no surprise that smart toy importers are keeping a close eye on the value of the renminbi (the Chinese currency). Inflation and rising wage demands in China have caused a steady increase in the cost of toys this year. A shift upwards in the value of the renminbi will mean more pain for the world’s toy manufactures and consumers.

So, is it going to happen any time soon and if it does how big will it be? I think it’s going to come but when it does it is going to be smaller than anticipated.

The word in the western press isthat the Chinese will announce a rise in the value of the renminbi in the near future; this in answer to those who accuse them of artificially keeping the value low in order to maintain their export advantage. My reading of the Chinese press, however, tells me that there is a great deal of internal pressure not to take an increase.  As just one example, take a look at what the People’s Daily has to say:

China's trade deficit in March proves the exchange rate is not the decisive factor affecting trade balance, said Yao Jian, a spokesman for the Ministry of Commerce, Saturday. Yao's remarks came after China posted a trade deficit of 7.24 billion U.S. dollars in March, its first monthly trade deficit since May 2004. .. Yao said the continuous improvement of the trade balance had created conditions for China to keep the renminbi's value "basically stable." He said the March deficit stemmed mainly from surging imports and soaring prices, boosted by the growing domestic demand for crude oil, iron ore, copper and other commodities such as automobiles.

If I am seeing those things than I am certain that those pushing for an increase in the Chinese currency are seeing it as well. My take is that the Chinese government is doing a little posturing so that the imminent increase will end up being smaller than those in Congress will want so they can keep harmony at home.  A currency increase is going to happen. How big or how small is the ongoing question? I think small.