I was in Connecticut last week so I took an opportunity to visit a Target and Wal-Mart store. Based upon what I saw, bet on Target to steal market share from Wal-Mart in 2010; not just in the toy department but in overall sales.

First a caveat; it is always important to be cautious when making judgments based upon unique visits to individual stores. What I saw in these two stores, however, jibes with what I am hearing from my contacts throughout the industry as well as reports that I am finding through the press. 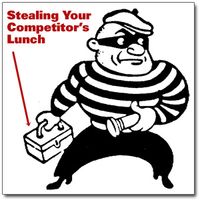 rtment that I visited was not only dramatically downsized but awkwardly merchandised. Brands and categories that should have been clearly defined were frequently out of alignment with their signage. The result was a feeling that the toy department had been shoe horned into its downsized space. It made me think of someone who has moved from a large home into an apartment but has tried to keep all of their furniture; rooms look overcrowded, awkward and disorienting.

The Target I visited had just been reset to it’s the new schematics. It was big, interesting, large and frankly exciting. The department was attractively signed and had a nice mix of the expected and unexpected.

So, I think that during the children’s season (the last quarter) shoppers are going to find that Wal-Mart’s toy product mix is inadequate to meet their needs.   As a result, they will shop where they can find a bigger selection and that is going to be Target or Toys R Us. That means a continuing slide in Wal-Mart’s revenues.

Will I be right? It will be interesting to see what happens.